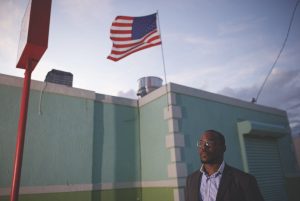 UK-based Abacus Media Rights has acquired distribution rights to documentary feature In The Shadow Of 9/11.

Originally produced by Amos Pictures for Channel 4 in the UK, the doc has already been picked up by PBS’ Frontline in the US to air in August It is available in 1 x 90-minute, 1 x 112-minute or 2 x 60-minute versions.

Directed and produced by Dan Reed, the film tells the story of the ‘Liberty City Seven’ – a group of young Black men falsely accused of assisting terrorist group Al Qaeda in a plot to blow up buildings within the US.

“We are proud to bring this story of injustice in the aftermath of the 9/11 attacks to our audience here in the US, and to be working with Dan for the first time,” said Frontline EP Raney Aronson-Rath. “He is an extraordinary filmmaker whose commitment to uncovering the truth about complex stories is a perfect fit with Frontline’s brand of investigative reporting.” 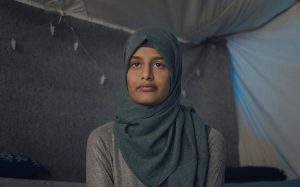 The Return: Life After ISIS

Sky has ordered a feature documentary following the stories of Western women who devoted their young lives to militant fundamentalist group ISIS.

The Sky Original documentary The Return: Life After ISIS has been commissioned for Sky Documentaries ahead of its premiere at the upcoming SXSW Film Festival. It will launch on Sky Documentaries and VOD service Now TV in the Summer.

MetFilm Sales is handling worldwide sales on the title.

The film provides exclusive access to ISIS recruits, including Brit Shamima Begum, who fled the UK with two school friends when she was just 15, and Hoda Muthana from the US who incited her followers on Twitter to go on drive-by shootings and kill Americans. 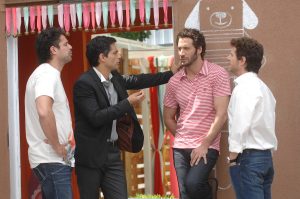 Originally created by Argentina’s Telefe and airing in 2014, Dear Daddies follows four fathers who become friends after picking up their children every day from school and bond while helping and supporting each other with all the issues they go through as parents in a world mostly populated by mothers.

The Ukrainian version is now in development and will be the tenth local version of the show following adaptations in Serbia, Slovakia, Poland, Chile and others,

Lip Sync Battle will meanwhile be the 24th adaptation of the global format which challenges renowned celebrities to compete against each other performing lip sync versions of famous songs.

The 7 x 90 minute series will air weekly on Saturdays in a primetime slot, with the format first launching on cablenet Spike (now Paramount Network) in the US in 2015.

“We are thrilled to be partnering with 1+1 for the first time on these top selling formats from the VIS Distribution catalogue. Dear Daddies and Lip Sync Battle are both hugely entertaining comedic formats with an international track record of success.  We look forward to seeing 1+1 bring them to life for Ukrainian audiences,” said Laura Burrell, VP international formats, VIS Distribution.