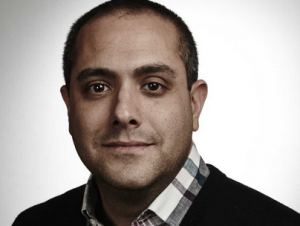 Hasbro-owned Entertainment One (eOne) has rejigged its sales team in Europe, the Middle East and Africa, with EVP of sales Dan Gopal departing at the end of the month.

Gopal is being replaced by Spyro Markesinis, who was most recently EVP of business & legal affairs at eOne and now becomes EVP of sales in EMEA.

He reports into Stuart Baxter, eOne’s president of international distribution. Markesinis’ remit will see him lead eOne’s EMEA team selling scripted and unscripted shows to broadcasters and AVOD/SVODs, as well as feature content.

He joined eOne in 2013 following the acquisition of Alliance Films and was appointed head of business and legal affairs for the newly combined distribution operation in the UK. In 2016, his remit expanded to worldwide film distribution, and the following year he took on additional responsibility for international distribution.

Gopal, meanwhile, joined eOne from ITV Studios Global Entertainment (ITVSGE) in 2017 to take up his MENA-focused sales role, which saw him further elevated in 2019 as part of a three-pronged EVP team following Hasbro’s $3.8bn acquisition of eOne.

Before that, he spent a decade at Disney Media Distribution before moving to Miramax to run its EMEA distribution business after private equity bought the business from the Mouse House. TBI understands Gopal’s exit comes ahead of his appointment in a new role outside of eOne, which is yet to be announced. 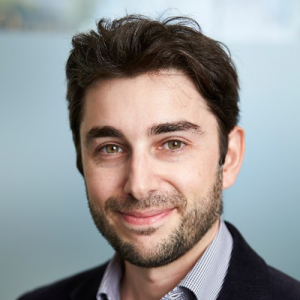 Baxter said: “We couldn’t be more excited for Spyro to expand his role with eOne and bring his extensive understanding of the international marketplace, expertise in strategic deal-making and incredible work-ethic to this critical position.

“We have a strong position in the international market buoyed by recent ground-breaking deals and thrilled that Spyro will be building on our expansion across EMEA with eOne’s film slate as well as the continued success of our new and returning series.

“I’d like to acknowledge Dan who has been instrumental in expanding this division and strengthening our role as one of the top distributors in the UK, EMEA and worldwide and we wish him all the best on his next chapter.”

Markesinis added: “I’m delighted to move into this new role as we begin to bring many of Hasbro’s world-class, iconic brands to market.

“We have a fantastic EMEA sales team who work tirelessly to bring eOne’s diverse and compelling slate to our partners across the region and I look forward to working with them to further advance our prominent position within the industry.”