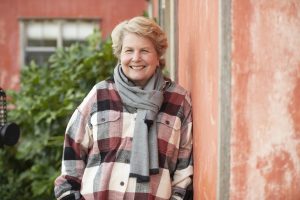 Produced by Tuesday’s Child Television for Channel 4, the four-part series is set to premiere in the UK tomorrow (10 February) and follows comedian, writer and broadcaster Toksvig as she joins familiar faces from the worlds of acting and comedy – such as Alison Steadman, Sindhu Vee, Jessica Hynes and Prue Leith – to explore some of the wildest, most remote and beautifully designed holiday destinations in the UK.

Tuesday’s Child CEO Karen Smith said, “All3Media International are the perfect partners to distribute this lovely, funny travelogue series about architecture and friendship set in some of the UK’s most magnificent locations and we’re thrilled to be working with them on it. They’re a good company to sell a show about the value of good company.” 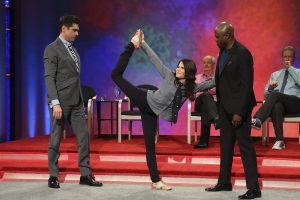 Whose Line Is It Anyway?

UKTV tunes in to ‘Whose Line…’

UKTV has acquired 50 episodes of the US version of improvisational comedy series Whose Line Is It Anyway? for its Dave channel, following a deal with distributor Hat Trick International.

Produced by Angst Productions and Hat Trick Productions for US network The CW, the series will land on Dave this month in a prime-time evening slot, stripped across the week. Hosted by US talk show host and actor Aisha Tyler, the series features Wayne Brady, Ryan Stiles, Colin Mochrie as well as celebrity guests including Mel B, Kevin McHale, Nolan Gould and Jack Osbourne.

There have been 13 international adaptations of the long-running comedy format produced around the world, including Australia (Foxtel), Finland (MTV3), Holland (BNN-Vara), Vietnam (Dong Tay Promotion) and Egypt (TeN TV).

Sarah Tong, director of sales at Hat Trick International, said: “We’re delighted to be able to spread some laughs to many parts of the world through the sales of these two entertainment formats. We all need cheering up right now and they certainly deliver a mix of intelligent wit and silly comedy.” 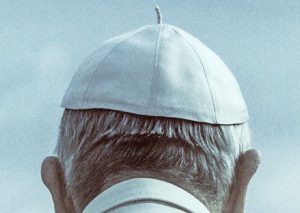 Among the new content being added to its catalogue are 6 x 52-minute investigative series The Vatican, originally produced by Panenka for VRT and 5 x 52-minute & 2 x 45-minute The Sect, produced by What’s Up for Salto.

Federation has also acquired the rights to various titles from producer Frédéric Fougea such as Paris: A Wild Story, Homo Sapiens and The Appeal of 1940, along with other content from the Boréales catalogue.

Lynne Kamm will write the pilot and showrun the project, as well as exec produce alongside Matthew Cervi, while Walters is attached to consult.

The book series follows a teenage pilot who bands together with family and friends to protect their community following a catastrophic event that permanently shuts down everything computerised worldwide, leading to global chaos.

“With The Rule Of Three, Eric invites us into the vibrant, complex, messy lives of youth as they crash into adulthood just as the world around them changes the rules. It’s a big story told through an intimate lens with all the winning ingredients: heart, humour, and humanity,” said Kamm.