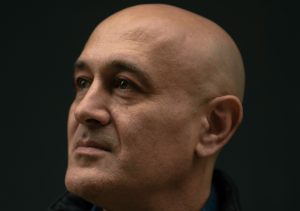 Global SVOD service MagellanTV has ordered a new two-part factual series presented by physicist Jim Al-Khalili, called Jim Al-Khalili’s Guide to How We Got Here, to debut later this year.

MagellanTV has partnered with factual distributor TVF International and UK production company Furnace to co-produce the series in which the scientist takes viewers on a journey through the weird and wonderful microscopic world of quantum mechanics.

“Jim Al-Khalili is considered a science superhero by so many in the MagellanTV community,” said MagellanTV’s MD Greg Diefenbach. “We are thrilled to join our partners at TVF in funding this exciting series.” 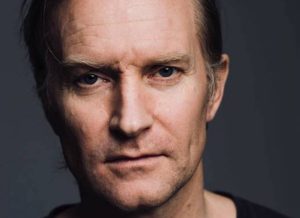 Trom is written by Torfinnur Jákupsson and Donna Sharpe and is based on the novels by Faroese author Jógvan Isaksen. The series is directed by Kasper Barfoed and is produced by REinvent Studios in co-production with Kyk Pictures, True North and  ZDF/ARTE. REinvent handles International Sales, while filming starts in the Faroe Islands in March 2021.

The six-part series follows journalist Hannis Martinsson (Ulrich Thomsen), who returns home to the Faroes to meet someone claiming to be his daughter – only to find them dead. His search for answers soon brings him into conflict with the local detective chief inspector as he begins to uncover a web of

Filippa Wallestam, NENT Group CCO, said: “The first-ever Faroese drama series is a landmark in so many ways. Incredible creative talents, a murder mystery that weaves spiritual and folk-tale elements into a fascinating tapestry, and a uniquely bleak and beautiful Atlantic backdrop. We can’t wait to bring such a special show to Viaplay and finally put Faroese drama on the map.” 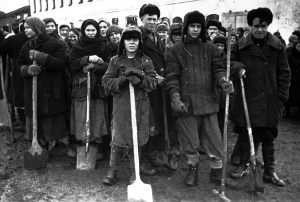 The 3 x 60-minute series is from filmmaker Frank Diederichs and Probono Fernsehproduktion. It combines scientific analyses with personal experiences of former forced labourers or their descendants.

BBC to ‘Split’ one last time

UK pubcaster the BBC has commissioned legal drama The Split for a third and final season.

Created and written by Abi Morgan, The Split is produced by Sister for BBC One, co-produced with Little Chick and SundanceTV. The upcoming third season is executive produced by Morgan alongside Sister co-founder Jane Featherstone, Lucy Dyke and Lucy Richer. Dee Koppang O’Leary is boarding as the lead director with Emma Genders stepping into her first producing role.

Filming is due to start this year, with Nicola Walker, Stephen Mangan, Annabel Scholey, Fiona Button, Deborah Findlay and Chukwudi Iwuji all set to reprise their roles.

Set in the fast paced world of London’s high-end divorce circuit, The Split is an examination of modern marriage and the legacy of divorce.

“It’s great to be back writing for the Defoe Family, and to dive once more into to the complications of their lives and those of their clients,” said Morgan.