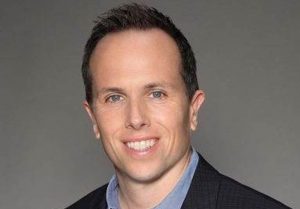 His remit will include developing unscripted shows for the Mouse House’s broadcast network ABC and its US-focused on demand service Hulu.

Mills has been with ABC since 2003 and has been behind a raft of hits, including The Bachelor, American Idol and Who Wants To Be A Millionaire.

Hunegs said: “Rob Mills is one of the premier developers of unscripted programming in the industry. We are excited to expand his role to run a new business unit devoted to creating alternative hits for every Disney platform and to produce more of this dynamic programming than ever before.”

Erwich added: “This promotion is not only a well-earned next step in his career, it also demonstrates our commitment to the type of groundbreaking programming that Rob’s team is known for.”

Mills said: “I am incredibly grateful to Dana Walden, Craig Erwich and Craig Hunegs for this tremendous opportunity and look forward to collaborating with the talented teams within this expanded portfolio to develop and produce a higher volume of culturally defining unscripted television.”