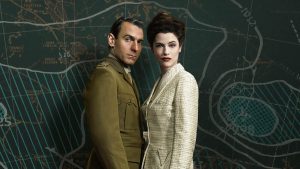 The series will land on the global streamer on 28 February, while APC has also sold the title to Belgian broadcaster RTBF.

These latest deals follow sales to Acorn TV in the UK and Ireland, UPC in Switzerland, RTP in Portugal, NRK TV in Norway and Viasat World for Central and Eastern Europe.

Operation Buffalo was written by Australian writer/director Peter Duncan and produced by Porchlight Films’ Vincent Sheehan and Tanya Phegan, who co-created the series with Duncan for ABC Australia last year.

The six-part series turns the secretive events and truths behind British atomic testing in the 1950s into a blend of espionage thriller and political satire set in the outback of South Australia.

Laurent Boissel and Emmanuelle Guilbart, joint-CEOs and co-founders at APC, described the show as “an original and entertaining take on a spy thriller” and added: “We look forward to new audiences discovering the series on Netflix and RTBF and extending into further territories in the coming months.”

Sweden’s C More has ordered a second season of thriller series Blinded (aka Fartblinda), due to air in 2022, with filming to begin this year.

The first season was based on Carolina Neurath’s book of the same name about journalist Bea Farkas, and premiered on C More in the autumn of 2019, starring Julia Ragnarsson and Matias Varela. This second season will be based on Neurath’s follow-up novel, Gränslösa.

Blinded is produced by Jan Marnell/FLX for C More and TV4, with Jens Jonsson attached as principal director, and Johan Lundin to also direct. The script has been written by Jonsson together with Erik Hultkvist, Inger Scharis, Charlotte Lesche and Maria Nygren.  All3Media International will distribute Blinded season two internationally.

“After the international success of Blinded series one, we’re delighted to be partnering with FLX again on the second series, another eight episodes of gripping, high-stakes drama that reflects All3Media International’s ambition to work with the best producers around the world and deliver top quality drama to our global buyers,” commented David Swetman, SVP of scripted content at All3Media International.” 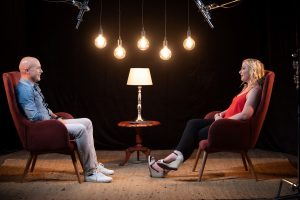 Created by Australian prodco Media Stockade and developed from the short film How To Fall In Love With A Stranger from Dublin-born filmmaker Sinéad McDevitt of Alchemy Productions, The Love Experiment format is produced by Rebecca Barry and Madeleine Hetherton-Miau and directed/co-produced by Sinéad McDevitt.

The format debuted on RTBF in Belgium last month, while Flame has also licensed it to broadcaster Media 24 in South Africa for their 24-hour Afrikaans lifestyle channel VIA TV

Modelled on a study carried out in 1996 by US psychologist Dr Arthur Aron, two strangers are seated in a room facing each other and ask one another 36 intimate questions, thereafter they must stare at each other for three minutes with uninterrupted eye contact.  This travelling laboratory invites singletons, estranged couples and total opposites to bear their souls to see if love will blossom.

“We are really looking forward to making an Irish version of The Love Experiment,” said Sally Roden, RTÉ executive producer of TV Factual. “It’s an interesting, exciting format which we believe Irish audiences will enjoy.”