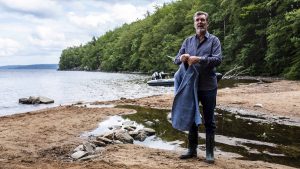 ‘Bäckström’ picked up by AMC & returns for S2

AMC Networks has picked up season one of Swedish crime thriller Bäckström for the UK, Canada and US and for its streaming service Acorn TV, while a second season of the show has been announced for Sweden’s TV4.

Produced by Yellow Bird for C More and TV4 in co-production with Film i Väst and ARD Degeto, and distributed by Banijay Rights, the series centres around detective Evert Backstrom (Kjell Bergqvist), a man famous for having solved 99% of all cases he has taken on.

The 6 x 45-minute season one is based on Leif GW Persson’s novel, Can You Die Twice? and follows the detective as he attempts to solve the mystery of a shooting victim who was already thought dead years earlier.

Filming for the six-part season two of Bäckström is due to commence in spring and will this time by based upon the novel The Sword Of Justice, which revolves around a seemingly cursed music box.

BBC One in the UK has ordered a new crime drama from playwright James Graham.

Sherwood is being produced with House Productions, with whom he made Brexit: The Uncivil War, and will draw on his experiences of growing up in the post-industrial Nottinghamshire, UK. BBC Studios will distribute the series internationally.

The six-part show is inspired in part by real events, exploring how two shocking and unexpected murders shatter an already fractured community, leading to one of the largest manhunts in British history. Suspicion is rife and the tragic murders threaten to inflame historic divisions sparked during the Miners’ Strike that tore families apart three decades before.

Graham said: “I feel so honoured to be able to tell a fictionalised story about a very real trauma, but with the humour and heart and resilience of the people I know and love there.”

Piers Wenger, director of BBC Drama, added: “In blending real and fictional events, James has created a penetrating, heartfelt and purposeful thriller which exposes the tensions and fault lines at the heart of modern Britain. Sherwood is set to be an exceptional series by one of our greatest dramatists and we are proud to be bringing it to BBC One.” 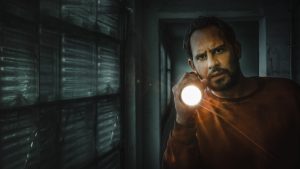 Blackout – Tomorrow Is Too Late

Based on Marc Elsberg’s bestselling novel, the series is produced by W&B for Joyn and SAT.1 in Germany, where it is set to premiere this Fall on Joyn and in spring next yer on SAT.1. The German-language thriller sees the past catch up with a former hacker when a sudden blackout plunges Europe into darkness.

Tim Gerhartz, SVP of global sales at Red Arrow Studios International, said: “Blackout – Tomorrow Is Too Late is a timely, psychological portrait of a society in a state of emergency, that brings out the best and worst in people.” 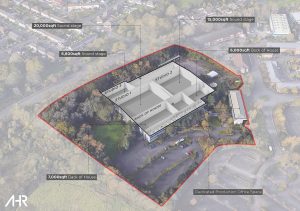 The Bottle Yard Studios in Bristol in the UK have received almost £12m ($18m) in funding from the West of England Combined Authority (WECA) to aid its planned expansion.

The plan is to add three new sound stages to the studio by expanding into the neighbouring Hawkfield Business Park, with the proposal now approved today by the WECA Committee, which greenlit the release of £135,000 to develop a full business case and the allocation of a further £11.73m for the site purchase costs and to enable the works.

The expansion plan includes the conversion of an industrial property located at South Bristol’s Hawkfield Business Park, less than half a mile from the main Bottle Yard site, into three new sound stages, complete with all ancillary spaces including production offices, prop stores, costume/makeup areas and break out spaces. The proposed works will take the number of sound stages available at The Bottle Yard Studios from eight to 11, whilst improvement work will also be carried out on the existing buildings at the main Bottle Yard site.

Marvin Rees, Mayor of Bristol, commented: “The demand for screen content is growing worldwide. The expansion of the Bottle Yard Studios means we can harness this growth in the sector and continue Bristol’s success as a creative destination.”