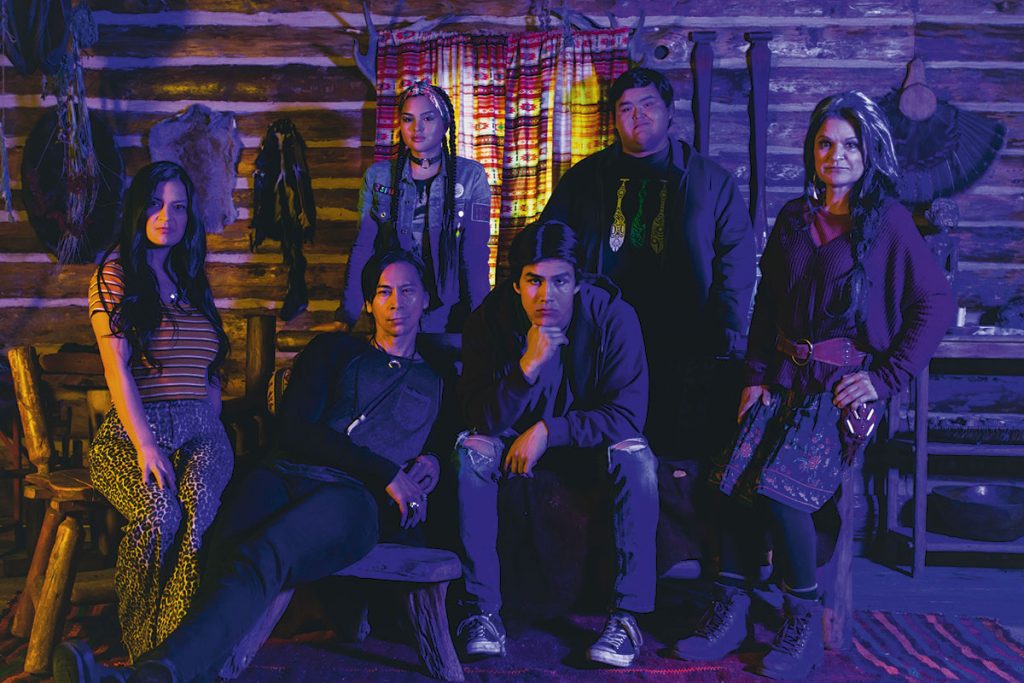 Trickster (6 x 60 minutes) was produced by Sienna Films and had been greenlit for a second season by CBC in 2020. The supernatural story was based upon the Eden Robinson trilogy Son Of A Trickster and delved into Indigenous mythology, receiving praise for its inclusion of members of the Indigenous community.

The show had proven to be a hit in Canada and internationally, with distributor Abacus Media Rights selling it to Sky in the UK, NITV and SBS On Demand in Australia, Globoplay in Brazil and KinoPoisk in Russia. It also sold to The CW in the US, where it is currently airing.

However, a CBC News report late last year alleged that Latimer was not of “Algonquin, Métis and French heritage, from Kitigan Zibi Anishinabeg (Maniwaki), Quebec,” as had been claimed.

That investigation came after Kitigan Zibi members questioned her connection, something that Latimer said had been established via “oral histories” from her grandfather. She apologised for not completing the “necessary work to understand the connection”, and stepped down from the show.

In a Facebook post, she said at the time: “I stand by who I am and by my family’s history, but I also understand what is being asked of me. I recognise my responsibility to be accountable to the community and my fellow artists, and that is why I have made this decision.”

Cancellation ‘after many conversations’

Several producers on the show also quit following the dispute, with the show’s future put in doubt.

CBC has now cancelled the series, adding that the decision had come following “many conversations over the last few weeks with a view to continuing production on a second season of Trickster.”

It added: “Those conversations included producers, writers, actors and the author of the books on which Trickster is based. Fully respecting everyone’s perspective, season two will not move forward as planned unfortunately.”

The Canadian broadcaster continued: “CBC is extremely proud we were able to bring this compelling story to the screen and are grateful to the many talented individuals who made it possible.

“We are as committed as ever to telling other important Indigenous stories, of which there are many. In fact, CBC currently has eight such scripted projects in development and we look forward to sharing more details about what’s next in the coming months.”

Robinson added: “One of the best parts of 2020 was watching the young, Indigenous cast soar. The outpouring of support for the first season was magical. I’m deeply grateful that CBC and Sienna respect this situation. It gives me hope that future collaborations with Indigenous creatives can be done with care and integrity.”

The Canuck broadcaster did not elaborate on the reasons for the show’s cancellation, but its news service reported that Latimer’s lawyers had since served CBC with a notice of libel over its reporting of her ancestry, adding they had “grave concerns about the fairness and accuracy”.

“The CBC was aware of the questions and concerns I raised about the integrity of the research they used to inform their reporting, as well as the manner in which they approached the story, and yet, they reported inaccurately about my ancestry and created a false narrative about my character and my lineage,” she added.