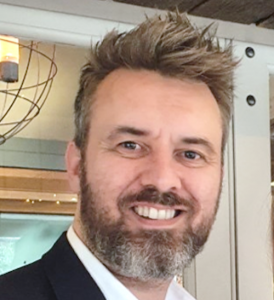 Former ITN Productions and Initial exec Carsey will lead the business in its development, production and distribution of podcasts for a global audience, reporting into Storyglass chairman Bob McCourt.

Storyglass was initially launched in 2018 as a scripted-focused division of Fremantle’s global drama department.

Its remit was rejigged in 2020 and it now produces projects across all genres, including non-scripted, documentary, true crime, lifestyle, music and talent-led series.

It is designed to bring together expertise from across Bertelsmann’s companies – including Fremantle, Penguin Random House UK and DK, and music firm BMG – as part of its recently established Content Alliance initiative, which is focused on creating group-wide formats and marketing opportunities.

Carsey had been at Audible for six years, where he worked on originals in the role of senior director for international English, and before that had been chief creative officer at ITN Productions. He also worked as director of programmes at Banijay-owned Initial and deputy CEO of Steadfast Television.

Carsey said: “The exponential growth of podcasting around the world is hugely exciting. Working with creators, talent and brands, Bertelsmann’s Audio Alliance is uniquely positioned to contribute significantly to the renaissance in audio. Storyglass will continue to pioneer, raise standards at all times and seek to positively disrupt the industry.

“Our vertically integrated approach to content will ensure we can identify audio driven business synergies, partnerships and initiatives with genuine impact and commercial value. We want to mainstream the medium.”