Kramer was appointed to her new LA-based role leading ViacomCBS’s global licensing and marketing teams earlier this month following the departure of Barry Chamberlain, and the company has now named the execs who will take on her previous remit that focused on Europe, the Middle East and Africa (EMEA).

Matt Downer, SVP of sales in EMEA, will add oversight of Benelux, Southwest Europe (including Spain, Portugal and Italian-speaking Europe) and the Middle East to his existing purview of the UK/Eire, Greece, Turkey and Russia.

Fellow SVP Philippe Renouard will add French-speaking Europe to his current remit, which includes Nordics and Africa. He will also continue to work across activities at Miramax, which ViacomCBS invested in last year as part of a $375m deal with Middle East giant beIN Media Group, expanding his ‘content liaison’ role to other third-party content producers and special projects. 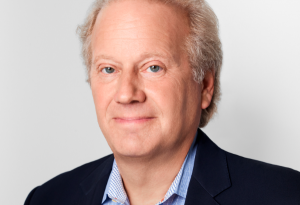 Michael Armstrong, the ViacomCBS EVP who currently manages relationships with third-party studios, will now also have responsibility across the international sales teams for formats, as well as the CBS Newspath service.

Cohen was named president of ViacomCBS Global Distribution Group last year and has a vast remit to monetise original content from CBS, The CW and Showtime, as well as shows coming out of Paramount Pictures, Paramount Television, Paramount Players, Paramount Animation, CBS Television Studios, CBS News and the Viacom brands.

ViacomCBS has enacted a raft of changes over the past 12 months following its re-creation in 2019. Late last year, Raffaele Annecchino replaced David Lynn to become president & CEO at its international division, a move that followed a broader restructure of its worldwide business when ViacomCBS Networks International (VCNI) was broken into two brand divisions and three pan-regional management hubs.

ViacomCBS International Studios (VIS) also restructured its distribution operations in late 2020 and the companyoverhauled its global streaming operations, with Pluto TV’s CEO Tom Ryan appointed to oversee the roll-out of CBS All Access, which will relaunch as Paramount+ in early 2021.