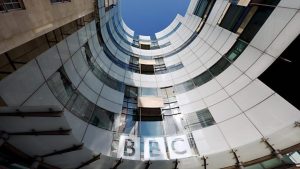 The UK government has shelved plans to decriminalise non-payment of the licence fee that funds public broadcaster the BBC, but with the caveat that such a move will “remain under active consideration while more work is undertaken to understand the impact of alternative enforcement schemes”.

The decision not to decriminalise non-payment comes after a consultation on whether the government should replace the sanction with an alternative enforcement scheme via the civil courts.

Reporting on the findings of that consultation, secretary of state for digital, culture, media and sport Oliver Dowden said that while the government remained concerned that a criminal sanction “is increasingly disproportionate and unfair in a modern public service broadcasting system” and while the consultation showed that “a significant number of people oppose the criminal sanction”, changing the system would potentially mean significantly higher fines and costs for individuals who evade payment.

Dowden said that a civil regime would also mean higher costs and challenges with implementation and collection and noted that “the current system is very efficiently handled in the Magistrates Court”.

Dowden said that any changes “should not be seen as an invitation to evade the TV licence requirement, nor should it privilege the rule-breaking minority over the rule-abiding majority”.

The decision to retain the criminal status of non-payment does not mean that the issue will disappear, however. Dowden said that any future decision would be considered in the context of wider reform of the BBC that is being worked through now.

Decriminalisation is likely to return to the agenda during negotiations over the next licence fee settlement, when the level of the fee will be set until at least 2027, when the current BBC Charter expires.

Responding to the government decision, the BBC said: “The current system remains the fairest and most effective. The responses to the Government’s consultation show the majority back the current system. The BBC will fully engage with the Government going forward on how we can continue to play an important role for the public.”