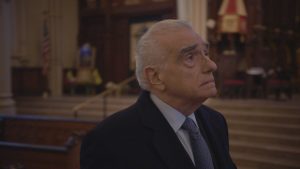 The 1 x 66-minute film offers insight into the immigrant experience as it tells the story of how an 1826 performance at St Patrick’s Old Cathedral introduced Italian opera to New York City and began a cultural awakening in America.

Directed and produced by Mary Anne Rothberg and Jonathan Mann, co-founders of production company Provenance Productions and director Alex Bayer, The Oratorio is hosted by Scorsese with insight from church parishioner and comedian Jim Gaffigan.

Members of the Teatro Lirico di Cagliari and conductor Donato Renzetti also share their experiences as they restage an operatic performance last seen 200 years ago.

“This is an exceptional piece of documentary filmmaking hosted by New York native and one of the world’s leading directors, Martin Scorsese, whose emotional attachment to the City clearly resonates throughout the film,” said Jonathan Ford, MD at Abacus Media Rights. “This little-known performance had a huge effect on the boiling pot of immigrants from all over the world who were flocking to America to begin new lives.” 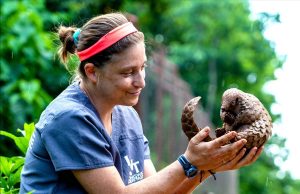 The 6 x 60-minute show, produced by UK indie Icon Films, will once again follow the work of American veterinarian, Dr. Amanda Salb and her colleagues at the Lilongwe Wildlife Centre.

The series is set to return in April 2022, with Blue Ant International overseeing all pre-sales and licensing in the US and international markets.

“The second season of Malawi Wildlife Rescue will include more field work for the veterinary team and rescue stories from outside of the sanctuary,” revealed Alison Barrat, SVP of production and development at Love Nature. “The new episodes have a sharper focus on the impact of humans in the region, with stories featuring illegal wildlife confiscations, as well as introducing more drama with large animal translocations and rescues as a result of human wildlife conflict.”

The UK’s ITV Studios has launched its Factual Pitch programme for 2021 and is calling for submissions for producers before the end of January.

This is the third year of the annual initiative that “aims to bring together the finest production talent with some of the best broadcasting platforms across the globe, to create content and stories that will resonate with a worldwide audience.”

Deadline for entries is coming up soon, on Thursday, 28 January.

“It is always with great excitement that we wait for the ideas to come in for the pitch,” said Cecilie Olsen, SVP of global content, non-scripted, at ITV Studios. “We are delighted to be working with some of the most innovative broadcasters internationally that share our passion for high quality and break out content.” 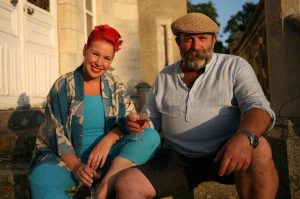 UK comcaster Channel 4 has signed a two-year programming deal with Two Rivers Media and Dick and Angel Strawbridge’s Chateau TV for the UK indies to supply new programming under the ‘Chateau’ brand.

The commissioning deal includes two new eight-part series of Escape To The Chateau, the property renovation show hosted by the Strawbridges, as well as a recommission of spin-off series Escape To The Chateau: Make Do And Mend; and a further project featuring the couple which is currently in development. All3Media International will serve as international partner on each show.

“We are extremely proud to be making these series for Channel 4. Our strategic partnership with Chateau TV is important for us as a growing indie with ambitions to make programming which is both creatively strong and internationally successful,” said Lizi Wootton, head of popular factual at Two Rivers.

“Working with Dick and Angel, some of the most popular talent on-screen today, is extremely exciting and am personally delighted to be building on our long-standing relationship.”