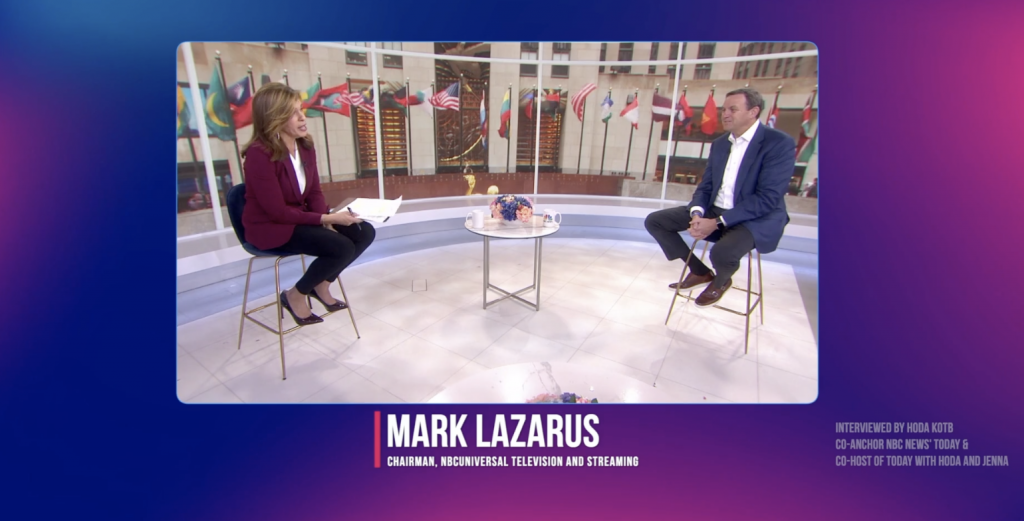 NBCUniversal Television & Streaming chairman Mark Lazarus has admitted the recent overhaul of its content operations was an “aggressive move” but said it will should provide greater budget firepower and make life easier for producers.

Lazarus, who was talking on the first day of NATPE Virtual Miami, introduced a wholesale revamp of NBCU’s operations to focus on streaming last year, with execs now working across the company’s entire portfolio of networks as well as Peacock.

Susan Rovner, who joined NBCU from Warner Bros. last year, now has oversight of all content for its newly restructured entertainment operation, a move that Lazarus described as a “one-stop shop” for those pitching projects.

“We have to build towards the future and that future is changing fast,” he said. “We have brought together all our wonderful assets, including the two broadcast networks with NBC and Telemundo, plus all of our cable assets regardless of genre, all our sports and the DTC and OTT businesses, which are a big part of how consumers will bring media in to their homes – and we need to be there. 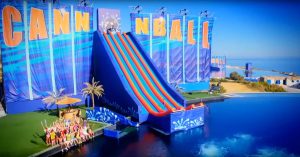 “It allows us to tap into the tremendous scale and growth of all of those budgets together, rather than being isolated and worrying about each individual business, though they are all resilient, and allows us to be creative in more strategic ways. That centralised leadership structure allows us to move content across platforms – and it was an aggressive move, but we are balancing that with our core business and the need for growth.”

Lazarus added that the restructuring was a bid to introduce a “content-based strategy rather than a platform-based strategy”, adding that it meant NBCU could now take acquired or created content and use it “on multiple platforms where they can be seen by the most people and have the most value.”

He pointed to the Harry Potter films as one example, which air on USA and Syfy and can now be put onto Peacock, and USA Network’s water-based gameshow Cannonball, which has aired on NBC – “it was a great way to give it more exposure.”

Lazarus also said there would be more cross-commissioning, highlighting how NBCU combined its firepower last year to order drama Joe Exotic, which will be available via streaming platform Peacock, cablenet USA and broadcast network NBC. It is also being produced internally, by NBCU’s UCP.

“That’s a big benefit for us with the creative community,” Lazarus added. “You don’t have to look at the individual networks, we want great shows and we want to put them on the right platform. Susan Rovner now leads that creative group and manages those relationships and it’s her job and goal to be a one-stop shop.”