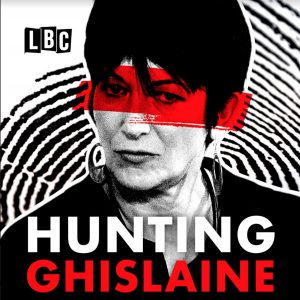 It explores how Ghislaine disappeared as Epstein’s life began to unravel before reappearing when she was arrested by the FBI last year. She denies six charges of enticing girls for sex with Epstein and perjury.

The six-part podcast, which was written and presented by journalist John Sweeney, includes a raft of interviews with those involved in the case and was co-commissioned by Global and The Story Lab.

Eleventh Hour’s creative director Paula Cuddy will exec produce alongside Eve Gutierrez and Jill Green from the prodco, while Chris Baughen for Global and Robbie Ashcroft for The Story Lab are also attached. Sweeney will be series consultant and executive producer.

Cuddy said that the podcast “puts Ghislaine Maxwell centre stage, unravels her story and asks what went wrong for the girl who seemingly had it all.”

She added: “It has all the hallmarks of a premium drama – and with John alongside our partners at Global and The Story Lab we look forward to delivering.”

Sweeney added: “The grim shadow Robert Maxwell cast over people, above all his favourite child, Ghislaine, has long fascinated me. It was a privilege to be able to tell that story to listeners for Global and The Story Lab, working with Chalk & Blade.

“I could not be more thrilled that a company with the profile, expertise and stellar slate of Eleventh Hour Films now want to make a TV series based on our podcast.”

Eleventh Hour has been behind UK drama Safe House and is currently working on a second season of Alex Rider, which was commissioned by SPT and has since been sold to more than 100 companies worldwide, including Amazon in the UK.

The prodco reshuffled its management last year, with former MD Nicole Finnan stepping down, as revealed by TBI.