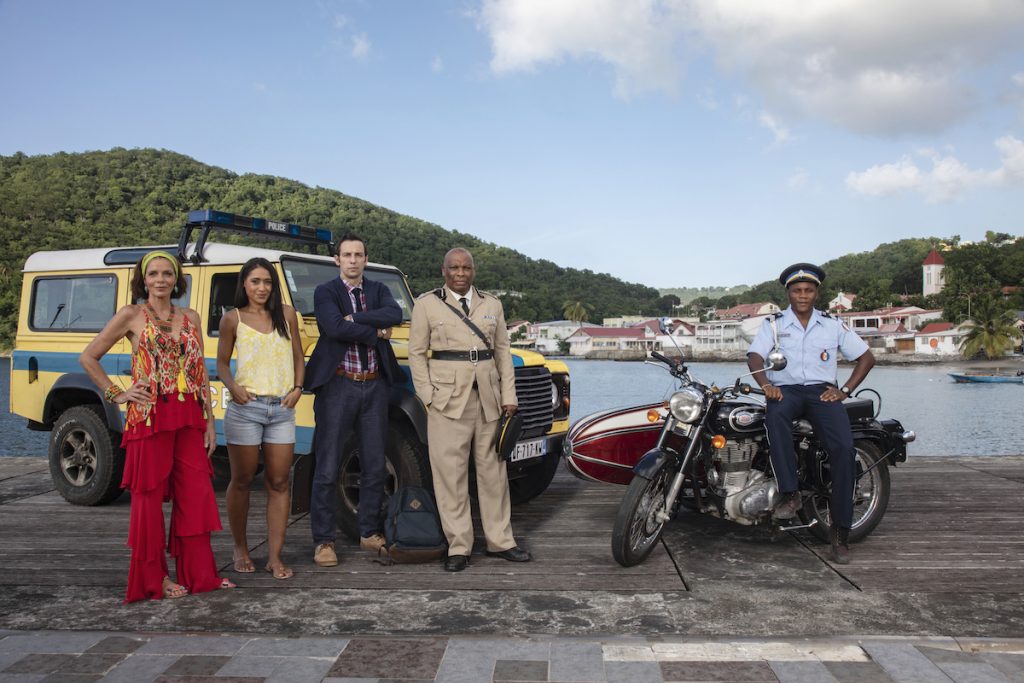 The series will return for an 11th and 12th season on BBC One, where its 10th season debuts in the UK this evening (7 January). The show is distributed internationally by BBC Studios.

Filmed on the French Caribbean island of Guadeloupe, the series follows the Saint Marie police as they investigate perplexing murders against the stunning scenery.

The most recent 10th season was filmed entirely during the pandemic and faced a three month production delay, followed by an accelerated schedule in order to ensure the show launched in its usual January slot.

Stars including Ralf Little, Don Warrington and Tobi Bakare are back for the tenth run, while former cast member Josephine Jobert is also returning to after two seasons away from the show. This series sees detective Neville Parker (Little) continuing his struggle to embrace life in the Caribbean, while also solving all manner of murder mysteries.

“We are hugely proud of series 10 and delighted we’ll be heading back to Saint Marie to continue the story,” commented executive producer Tim Key, who praised the “amazing cast and crew” who he said had “delivered against the odds this year” and added “we can’t wait to get going again – we’ve got huge plans for the future, with lots of surprises to come.”

Death In Paradise is licensed to more than 230 territories, with UK viewing figures for series nine averaging over eight million viewers and each episode being the most-watched programme of the day, said the BBC.

Belinda Campbell, joint-MD of Red Planet Pictures, added: “We’re delighted that Death In Paradise has been recommissioned for two more series. It’s testament to the talent of the cast and production team and the loyalty of our amazing audience that after 10 series we remain one of the UK’s favourite TV dramas.”