ViacomCBS-owned US network Showtime has given a series order to drama pilot Yellowjackets.

The series, from writers Ashley Lyle and Bart Nickerson, Entertainment One and producer Drew Comins, will begin production early next year in Vancouver and is also expected to debut in 2021.

Jonathan Lisco is attached as exec producer and co-showrunner alongside Lyle and Nickerson, while the cast includes Melanie Lynskey, Juliette Lewis and Christina Ricci.

Yellowjackets tells the story of a team of high school soccer players who survive a plane crash in a remote wilderness and how they descend into savagery – as well as their attempts to piece their lives back together years later.

“Yellowjackets is a genre-bending, riveting story told across time periods, exploring the journeys of these women at two of the most formative times in their lives,” said Jana Winograde, president of entertainment, Showtime Networks. 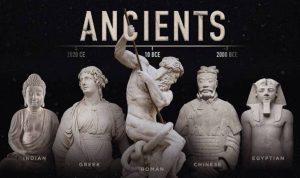 The series will be the first project born from the company’s recent partnership and will be distributed by BBC Studios.

Currently in preparation, the series explores the history of early civilisations through scientific and archaeological discoveries and CGI.

NENT Group-owned streamer Viaplay has picked up German-language drama We Children From Bahnhof Zoo as its next original production.

Based on the autobiography by Christiane F, which was previously made into a film starring David Bowie, the eight-part series will follow six teenagers who dwell in the underground nightlife of Berlin. It will launch on Viaplay in spring 2021.

Produced by Constantin Television in co-production with Amazon and in co-operation with NENT Group, the series is being written by Annette Hess, while Philipp Kadelbach is attached to direct and produce. Additional co-producers are Wilma Film and Cattleya.

Filippa Wallestam, NENT group CCO, said: “This is an unbelievably powerful story about growing up that is both difficult viewing and beautifully told at the same time. In particular, I found the depiction of young girls’ vulnerability as they take their first steps into adulthood very moving.”

MGM, Make It Happen and France Televisions team for ‘The Reunion’

The six-part English-language drama series will be written by Martson Bloom and tells the story of a glamorous high school girl who went missing 25 years ago in the French Riviera and follows three friends bound by a tragic secret.

MGM Studios will handle global distribution on the series. 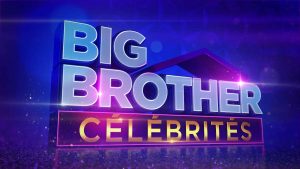 Noovo has picked up the first celebrity edition of the Big Brother reality format for French-speaking Canada, following a deal with Banijay Rights.

Big Brother Célébritiés will land on Noovo and Noovo.ca on 10 January and see 15 Quebec personalities enter the Big Brother house – a sumptuous manor on Île-Bizard where they will live together around the clock, under the watchful eye of the cameras.

Claude Bégin, Jean Pascal, Rita Baga, Lysandre Nadeau and Geneviève Borne are the first five celebrities to be unveiled for the series

This version of the Banijay format is produced in Quebec by Entourage Television, in collaboration with Bell Media.