TBI Weekly: Could Kew Media have been saved?

11 December marks a year to the day since Kew Media Group (KMG) revealed it was instigating a “strategic review” of its operations, a move that ultimately resulted in the once rapidly growing global production-distribution outfit being stripped of assets and sold off.

There is now little left of what was KMG, nor its sales division Kew Media Distribution (KMD). Swathes of staff lost their jobs; the office chairs and furniture have long been sold off (securing £3,500 for creditors); and a 14,000-hour strong catalogue has also been disposed of (securing substantially more).

Since the company called in the receivers – barely nine months ago – the world has fundamentally changed of course, but the pandemic has not stopped the administration process nor some of the resilient individuals who are trying to come out from the other side of it. TBI has spoken to an array of execs – all on condition of anonymity – to get their reflections on what happened and to explore what lessons can be learned from Kew’s demise. 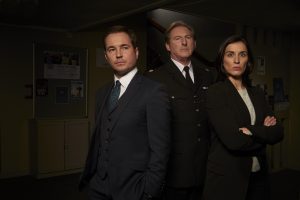 Kew was launched into the market by founders Peter Sussman and CEO Steven Silver in 2017, using an investment vehicle to acquire Content Media Corp, as well as the stakes it held in firms such as Alex Gibney’s Jigsaw Productions. Six other producers were brought into the fold at the same time, including Architect Films, Bristow Global Media, Our Media House and Frantic Films, taking the total to C$104m (then $85m).

The Canadian firm didn’t stop its scale play there: it went on to pick up companies such as Sienna Films, Essential Media and TCB Media Rights, as it attempted to grow fast.

The strategy, of course, failed: in recent documents seen by TBI, administrators FTI Consulting say that of the $113.8m owed by Kew, a shortfall in excess of $100m is expected once all outstanding assets are sold.

TBI has also spoken to a variety of insiders who believe the demise of Kew Media Distribution, the once profitable sales division, could have been avoided despite the wider group’s ultimate demise.

At the time of Kew’s launch, however, ambitions were high. The heart of the group’s business, along with an array of senior execs, came from Content, which carried debt of around C$38m (then $28.5m). This was reduced by Kew on acquisition, with the Silver and Sussman-led firm then purely focused on expansion, much of it funded via a $100m credit facility.

Concerns about the rate of Kew’s acquisitions have been documented before, including in TBI, but several execs say that these worries were actually first raised during 2018, the year in which the company brought Australia-based Essential Media.

Insiders say that Kew gambled on Essential’s unbridled success when it bought it – effectively betting that they could buy the company and, if required, find additional funding to fuel the rest of the business. Numerous execs have said that concerns were raised with this approach.

At a similar time, the company changed its borrowing. The firm’s credit facility was altered to become an $80m revolver loan over five-years (essentially meaning regular repayments were not required before the total was due) while a $20m term loan was also agreed, requiring quarterly repayments of C$500,000.

Then, in a fatal twist of luck, factual giant Discovery rebranded DIY Network, which it had acquired from Scripps. Essential lost key commissions such as Texas Flip ‘N Move and six months later, at the start of 2019, instead of predicted profit forecasts of around C$10m, the company was expected to only break even in that calendar year.

While Essential was regularly cited by Kew as being the catalyst for the group’s problems, KMG had been pushing limits for some time and insiders had regularly bemoaned the “one more deal” approach. TBI heard rumours in summer 2019 of problems with royalties not being paid, while former execs say bonuses were not paid on time either. Others, again, highlighted the hands-off nature of management – and the cost of Kew’s scripted venture in LA. There was, insiders say, too much focus on the “look” of the company – several point to a potential move in LA that would have seen execs moving to costly offices in Culver City, while the rest of the business struggled to stay afloat.

Back in London, sales arm KMD was being used as a cash resource for other parts of the business and firefighting unpaid debts had become commonplace. Cash coming in would immediately be sent back out to settle the latest problem – until there were too many debts and insufficient revenue.

Investors started bailing out following MIPCOM, after attempts to raise funds – from corporate investors as well as people within the group – failed. From 25 October to 25 November, the share price halved, as third quarter results revealed the seriousness of the problem. Two weeks later, Kew initiated its “strategic review” and financial chief Geoff Webb departed, following accusations of “inaccurate information regarding working capital”. That meant lenders, namely Truist Bank, became involved and those loan repayments – including the C$500,000 – were increased. 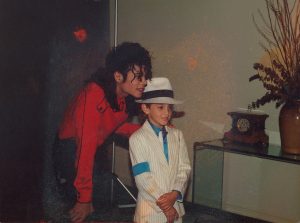 Kew’s lender, via advisors FTI, then effectively took the keys to the vault, controlling what came in and out down to the last penny/cent, according to sources.

That deeply impacted royalty payments and while Kew’s senior team desperately explored financing options – including private equity groups – there were few avenues open. The new year brought more of the same, and by the mid-way point of January, many producers were well on the way to finding exit routes for their companies.

The fact that debt was collateralised against KMD meant that on the surface, at least, there was little hope for the sales division as it made the odd “triage payment” in a futile bid to remain alive. Yet some insiders suggest that despite the cavalcade of bad news – and the fact that unpaid rights holders were looking to pull their content – the profitable KMD could have potentially been saved.

The problem, they say, lay with FTI Consulting, which was formally brought in towards the end of February to deal with the administration. Insiders argue that FTI were overseeing operations at Kew as early as December 2019 as advisors to Truist Bank and say that they did not understand the business, stopping royalty payments that exacerbated KMD’s deep-seated problems and making any potential escape impossible.

By the end of February, Kew formally entered administration. But again, insiders point to the valuations attached to some firms during this process as evidence of FTI’s lack of understanding. TCB, for example, had a hefty price tag of $30m put on it, meaning attempts to find a buyer proved hugely difficult despite 99 “potentially interested parties” at the start of the sales process. The company was eventually acquired by Australia-and-UK-based Beyond International, which paid $2.6m in April.

There was no escape for KMD. Its collapse meant more than 200 creditors were out of pocket to the tune of $13m, while its catalogue – which had held rights to hit UK dramas such as Line Of Duty and 2019 Michael Jackson doc Leaving Neverland – was sold to the highest bidder, Quiver Entertainment.

This time, there were 38 parties interested, according to recent documents seen by TBI, which understands that Quiver paid £2m ($2.5m) for the rights.

Since then, the administration process has continued, pandemic or not. A group of disgruntled investors have launched lawsuits against Kew’s senior executive team including Sussman and Silver, with one accusing them of failing to “properly manage and disclose fundamentally material information,” a suitably chastening accusation for a company once so ambitious.

Yet the past six months have also brought glimpses of the remarkable tenacity of those working in the TV business.

Many of the producers who this time last year were so affected have managed to re-establish their businesses despite the onset of a global pandemic – while others have emerged with new companies from the debris. Jonathan Ford, former EVP of sales at KMD, launched Abacus Media Rights (AMR) in partnership with Amcomri Media Group and several former Kew employees, while TCB co-founders Paul Heaney and Dina Subhani returned to the fray with distribution and financing venture BossaNova in October.

The last remnants of what was Kew Media Group are now expected to be wound up in early 2021, leaving investors with a $100m hole in their pocket. For those who were on the inside – and numerous individuals working across the rest of the industry who have been affected – there remains little left but a cautionary tale.