Barely a handful of live industry events took place this year, due to the Coronavirus pandemic. In the first of a two-part article, Nick Edwards looks at how organisers adapted and considers what 2021 holds.

TV festivals and the markets that are often inextricably linked to them have been a particularly missed element of the industry since the pandemic hit.

The debates, panels, masterclasses, screenings and premieres – not to mention partying and catching up with old friends – that take place at festivals are, by definition, ‘social’ experiences and thus the sector has been hard hit.

“We’ve learnt too much to go back to normal”

However, with the roll out of vaccines now on the horizon, we can finally start to look forward to the circuit again, take stock of what we lost by its absence and consider the rare but significant opportunities found in the crisis and what festivals will look like in the future.

Stewart Clarke (one time editor of TBI) was thrown in at the deep end when he took over as creative director at the Edinburgh TV Festival this year. He found the experience of pivoting from physical to online; “exciting, thrilling and challenging all at once.”

Clarke and his team made the decision to attempt to replicate, as closely as possible, the atmosphere of 2,500 people descending onto Edinburgh’s EICC centre by hosting it in the same period of time (50+ hours) as the physical event. Like many festivals, the online version ultimately delivered far more ‘eyeballs ’ on the overall event including on highlights, such as keynotes from historian David Olusoga and John Landgraf, Chairman of FX Networks and FX Productions.

Technical solutions were a saving grace and rare positive amidst the tragedy. Many European festivals launched similar online initiatives but they were still limited compensation for the real thing. 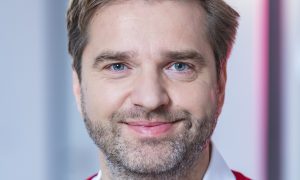 Festivals are an opportunity to showcase new productions and the buzz created by industry insiders, the media and attending public can be an early indicator of a hit show. Jorg Winger, managing director of Big Window Productions, recalls how it became apparent that “something exciting was going on” when Deutschland 83, a show he co-created with his wife Anna, aired at Berlinale and London’s Content London and then went on to be a global success. “These events can create hype and be a catalyst for shows that become the talk of the town – this is not happening this year,” says EVP of Beta Film Oliver Bachert.

Pierre Puget, a Berlin-based screenwriter, feels that whilst he can always arrange an online meeting or have a phone call with the producers he works with, “the rekindling of the relationships that are built by naturally bumping into people three or four times a year on the festival circuit, are very much missed.”

It is particularly tough for new creatives for whom festivals can be a vital point of entry to the industry. “This is where they first build relationships with producers to whom they can pitch ideas,” continues Puget, who attends many events as president of SEAN, the Serial Eyes Alumni Network (a post-grad course in creating TV drama). “They are really frustrated to not be able to attend.”

To address this problem, Munich-based Seriencamp launched ‘Pitchpool’, an online resource where writers and producers submit ideas. The Seriencamp committee then nominate the best ones and selected creators are asked to create a three minute video pitch. Execs and producers then select the ideas they want to hear more about and it’s up to the involved parties to take the relationship further. “Like online dating, but pitching,” says Anna Katharina Brehm, production and content director of Seriencamp. 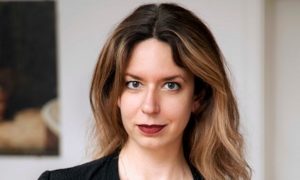 Festivals offer a valuable cultural contribution to the region where they take place and are normally at least part-funded by public money; “we are lucky enough to have strong and faithful partners who deeply trust us and are thinking long-term,” says Marie Bracco, managing director of France’s Série Series festival (where Jorg Winger hosted an online interview with Richard Brown, the producer of True Detective, this year). When so many sectors are suffering it’s obviously important to be reasonable when considering the use of public money and to be socially responsible. “Freelancers have taken a large part of the brunt of the pandemic” says Stewart Clarke, thus they were given free delegation for this year’s Edinburgh festival.

Berlinale was the last major festival to take place before Covid hit and hopefully will be back next year. If possible, the plan is for the TV drama wing of the Berlin’s Film Festival to be held, as normal, at Zoo Palast with reduced numbers of people in the audience and different precautions for events such as photocalls. Real screenings are planned with potentially more cinemas showing the same series so there can be more attendees whilst incorporating social distancing. Delayed start times could enable creative teams to visit each screen to welcome the audience.

On the spot, last-minute, tough decisions became the new normal for festival organisers during 2020. A huge positive is that they have experienced, what Clarke describes as, “a steep learning curve.” Particularly in regard to the virtual side of festivals that will be forever enhanced; “we’ve learnt too much to go back to normal,” he says.

This is the first in a two-part article exploring how markets and festivals are evolving following the pandemic. Check in tomorrow for Part 2.