A major round of lay-offs is underway at Walt Disney’s Television Group, with many high-level execs departing the company following the recent consolidation of its TV operations to focus on streaming services.

The cuts come two days after it was revealed that the Touchstone label is to be shuttered and Disney Television Studios will reduce to two teams, falling under the banners of ABC Signature and 20th Television. No lay-offs were reported at the time, but were expected to be on the way.

As a result, a number of ABC veterans are reported to be among those exiting, including Vicki Dummer, the head of current series programming at ABC Entertainment.

Andy Kubitz, EVP of programming strategy, is also believed to be leaving, as are William Burton, SVP and head of daytime, sports and syndicated development/production for ABC Entertainment, and the network’s head of research Elizabeth Sloan.

ABC Entertainment SVP Jennifer Mayo and David Marko, head of movies and mini-series, are also on the way out, according to US trade Deadline, which broke the news.

Dan Kupetz, 20th Television’s EVP and head of business affairs and operations is also believed to be departing, with Touchstone TV’s Carlos Williams expected to oversee the newly merged operation.

Jennifer Gwartz, 20th Television’s EVP of comedy & drama development, whose position was taken by Carolyn Cassidy in the restructure, and head of comedy Cheryl Dolins are also expected to depart.

Further lay-offs are reportedly taking place at ABC News, while the Mouse House has also announced that Radio Disney is to cease operations. 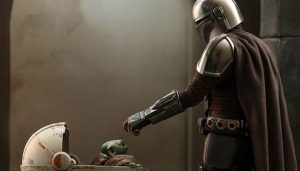 The departures come as Disney seeks to “accelerate the company’s growth in its direct-to-consumer business” with “a primary focus” on The Mandalorian streamer Disney+ and adult-skewing Hulu.

Dana Walden, chairman of entertainment at Walt Disney Television, revealed that her teams are being repositioned to deliver “breakthrough content” to the streamers, alongside Disney’s linear networks ABC, Disney Channel, Freeform, FX and National Geographic, as well as third parties.

The changes come on the heels of the announced restructure of Disney’s media and entertainment businesses in October, which saw a new distribution division and revamped content groups now focused on feeding its streaming operations, while last month, the Mouse House also unveiled a new structure for Disney’s General Entertainment Content division.