Show of the Week: Wynonna Earp 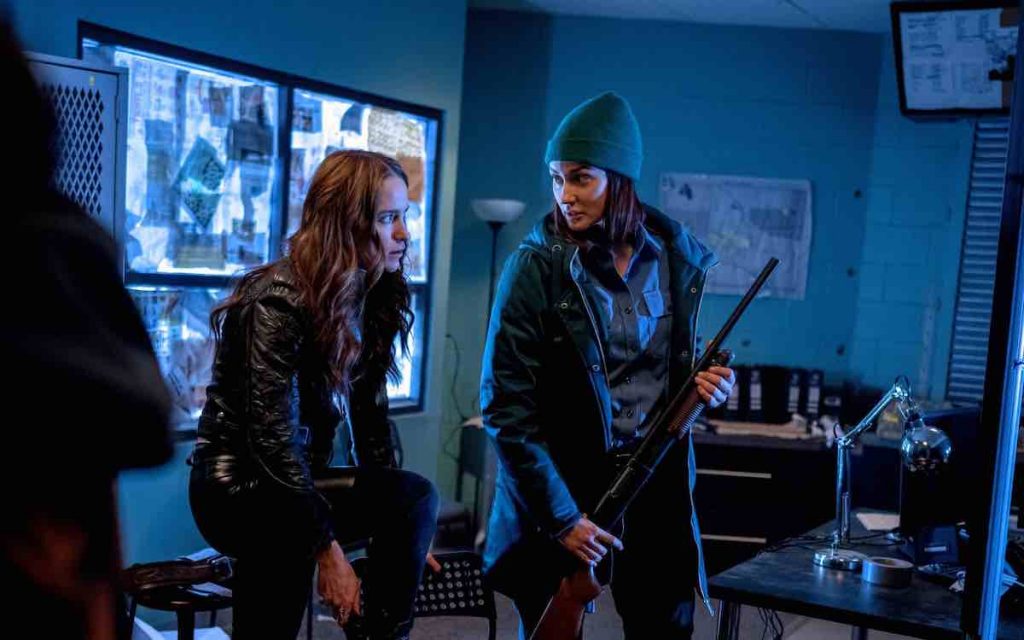 Wynonna Earp is that rather unique combination of Western and sci-fi, but this gun-slinging drama has also established itself as a show that offers a diverse range of characters like few others.

Based on the IDW comic created by Beau Smith, Wynonna Earp was developed for TV by showrunner Emily Andras and tracks the life of Wyatt Earp’s great-granddaughter as she battles demons and other supernatural beings.

After years away from her hometown of Purgatory, she returns in a bid to end a family curse that has resurrected the villains her legendary ancestor dispatched.

“With her unique abilities and a posse of dysfunctional allies, she’s the only thing that can bring the paranormal to justice,” explains James Durie, head of scripted at Cineflix Rights. “Many of the comic’s villains appear in the series, including Bobo Del Ray and the Revenants, while the characters of Doc Holliday and Waverly Earp are unique to the show.”

And while the show contains plenty of gun-toting action – as you’d expect from any Western drama – Andras has also included expansive storylines that include both new characters and those from the original IP, with a real focus on strong female leads including Earp herself, played by Melanie Scrofano.

“Fans of the show are initially drawn to the thrill-inducing, demon-fighting action sequences, complete with stunning visuals and a rocking soundtrack, but they stay for the memorable performances by an electric cast, highlighted by the positive portrayals of LGBTQ characters, relationships, and distinct storytelling,” says Durie.

“From the start, Emily advocated for compelling female characters who come into their own power, authority, and independence – and who are also complicated and three-dimensional. The character of Wynonna Earp makes viewers from diverse backgrounds believe anything is possible – as long as you’re willing to fight for it. It’s a show about family and love and embracing who you are meant to be regardless of other people’s perceptions and expectations.”

The show – which airs on Syfy in the US and CTV Sci-Fi in Canada – is now into its fourth season and Durie says its international appeal is clear.

“Wynonna Earp has a massive global fanbase and has taken the world by storm reaching over 100 million people. And, with 1.6 billion impressions in the past year alone, the series is a veritable social media juggernaut.

“This following provides a ready-made, highly committed fanbase of young adult viewers in particular, which makes it a hugely appealing proposition for global buyers,” he says, adding that the four existing seasons – totalling 49 hour-long episodes – also provides volume for schedules and box-set appeal.