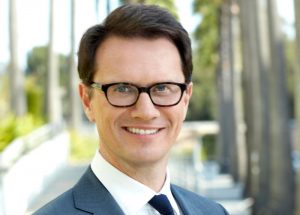 Disney has unveiled the new structure of its General Entertainment Content (DGE) division, following the recent reorganisation of its media and entertainment businesses under Peter Rice.

Disney CEO Bob Chapek last month set out a strategy to accelerate the Mouse House’s push towards direct-to-consumer following the launch of Disney+.

DGE chairman Peter Rice has now revealed how this will impact the division, which has been rebranded from Walt Disney Television.

In a memo to staff, Rice said the team’s focus will now be on developing, producing and marketing content for the company’s streaming and linear platforms, while the team at Disney Media & Entertainment Distribution will distribute and monetise that content and run the platforms.

“This is a big change to our legacy television structure which was built around linear networks,” said Rice. “But as we look to the future and how consumers choose to watch their programming, this reorganisation is an opportunity for us to fully focus on what we do best, making great programming for viewers wherever they choose to watch their favourite shows.”

The changes also mean that some of the existing DGE leadership team have been handed new titles and responsibilities, with Gary Marsh, former president of Disney Channels, now holding the title of president and chief creative officer of Disney Branded Television.

Marsh will lead the expanded Disney Branded Television Group, which will include all Disney-branded TV content made by DGE for kids, tweens, teens and families, including live-action and animated movies and series, as well as unscripted series and specials.

The new group will encompass all shows that DGE’s TV production teams have been making for Disney+ and as part of this, the Disney+ Unscripted Content and Production teams will join the group.

“Focusing our structure around content engines and centralized support functions will make us more effective, flexible and prolific as we focus on our core strength: making great television,” added Rice in the memo.