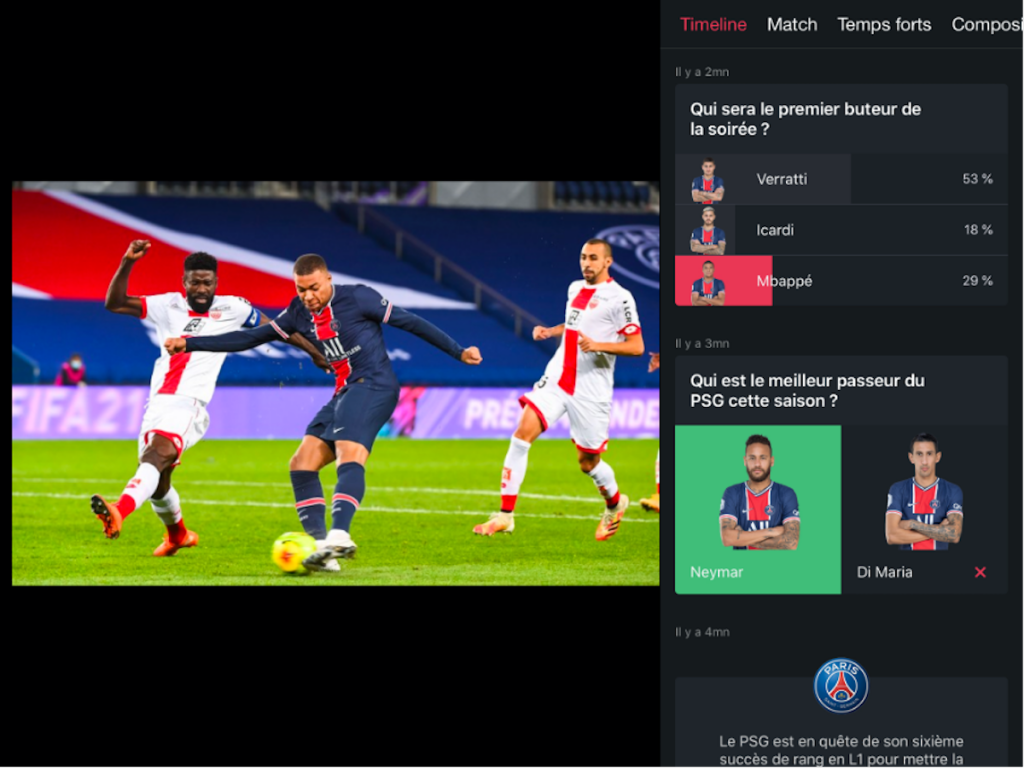 France’s Canal+ has struck a deal with an audience engagement platform that allows viewers to interact more closely together.

The agreement with US-based LiveLike provides Canal+ viewers with a range of interactive offerings available during live broadcasts, such as polls, quizzes, predictions and alerts.

The tech was used within the my Canal platform this weekend during the pay-TV operator’s coverage of Ligue 1 soccer, enabling fans to engage with each other while watching the live broadcast.

It has previously been adopted by companies including Turner Sports, Sky Sports and FloSports, with other networks exploring the potential to use the platform to enhance social viewing experiences for news and entertainment programming.

Samuel Westberg, LiveLike CCO, said Canal+ had been “amongst the first European broadcasters to believe and invest in digital” and added that he was “thrilled that they trust us to power the next phase of their audience engagement strategy.”

LiveLike was founded in 2015 with a focus on sports and has spent the past two years developing services that drive  engagement opportunities to media companies.