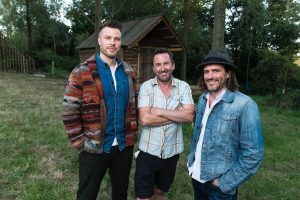 The UK’s Sky History has cancelled reality competition The Chop: Britain’s Top Woodworker, following concerns that one of its contestants may have white supremacist tattoos.

The first episode aired earlier this month, but the rest has been cancelled after an investigation concluded that the ink sported by contestant Darren Lumsden “could be connected to far-right ideologies and could cause offence.”

One tattoo of the number 88 on Lumsden’s face was interpreted to be numerical code for “Heil Hitler” – a symbol popularly used by white nationalists. Lumsden denied that his tattoos have any such meaning.

Sky History – a joint venture between Comcast-owned Sky and A+E Networks UK – apologised and said it was thoroughly reviewing its processes. 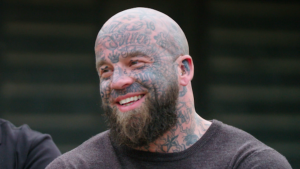 The series, which was recently picked up for global distribution by UK-based funding and sales company Drive, was due to follow 10 of the UK’s best carpenters as they gathered in Epping Forest to whittle, carve and chop their way to see who will be crowned ‘Britain’s Top Woodworker’. The winner would be awarded the chance to stage their own exhibition at London’s prestigious William Morris Gallery.

In a statement, series producer Big Wheel Film & Television said that it had “acted professionally, appropriately and in good faith throughout the making of The Chop, following robust due diligence and duty of care processes from casting through to delivery.”

The company added that it “stands against all forms of hatred and intolerance, is committed to the highest professional standards, and strives at all times to treat people fairly.”