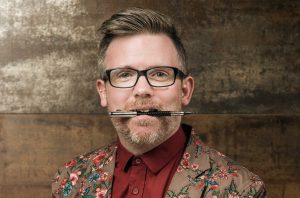 The show is currently in development as a mute-episode series and will be written by Tom MacRae (Everybody’s Talking About Jamie) and will be coproduced by Buccaneer and Nevision.

The Beetle Boy book trilogy is made up of Beetle Boy, Beetle Queen and Battle Of The Beetles, which were all optioned by Nevision.

The story tracks a 15-year-old boy named Darkus who becomes an orphan after his father disappears from a locked beetle room in the Natural History Museum. He then meets an incredible, intelligent, superstar beetle who helps the boy to find out what happened to his father and the peril facing mankind.

MacRae said: “Until I read MG Leonard’s brilliant books, I thought beetles were scary and a little bit gross, but Darkus’ story has taught me to love them. Now, the rest of the two-legged world will get to fall in love with these incredible creatures too.”

Pickard added: “Buccaneer is the perfect partner to help steer the creative development on Beetle Boy, which has the potential to reach a wide global audience. Tom MacRae’s track record is second-to-none and we are thrilled to have someone of his calibre writing the screenplay bringing his versatility and unique style to the project.”