Former Endemol Shine Turkey (EST) commercial chief Hakan Eren has unveiled his new production company, which already has a raft of projects in the works.

ONN Productions Turkey was launched earlier this year and is producing films and series across both scripted and unscripted genres.

Five scripted series are currently on the slate, including Felicity, Flawless, Blindmans Buff, Naked & Lonely and The Ambassador, with the latter in the contract phase with an as-yet unnamed multinational network. 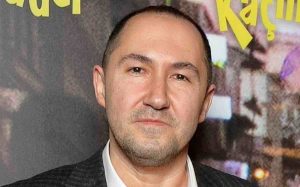 ONN, which is named after the initials of Eren’s twins, is also shooting feature film Hunter – The First Prophecy (Avcı İlk Kehanet), described by Eren as an “epic/fantastic action” that stars Gurbey İleri (Magnificent Century) and Turabi Camkiran (Survivor). The feature, which is the first in a series of four movies, has been slated to become available in theatres in February, and discussions are also in the works with a global streamer.

Four unscripted shows are also being produced including Life Treats You Perfect Or What, a talkshow format that explores the backstories of famous or public figures, with the show broken into three sections: ‘persona’, ’empathy’ and ‘the self’. It is being hosted by Oya Doğan (aka Drama Doctor).

The unveiling of ONN comes nine months since an Istanbul court rejected Endemol Shine Group (ESG)’s long-running attempt to file for insolvency at its Turkish division, which had produced shows such as Intersection and Broken Pieces for Fox.

ESG, now owned by Banijay, started shuttering Endemol Shine Turkey in 2017 and initiated insolvency proceedings after an investigation into the business revealed what it termed as “serious management” issues. Eren and CEO Gökan Tatarer were subsequently fired by the group, prompting a protracted three-year battle that saw the duo vehemently refute the claims against them while arguing that EST was not insolvent.

Following the court ruling earlier this year, Eren claimed a legal victory, while ESG said it was considering appealing but would continue to wind down its Turkish division.