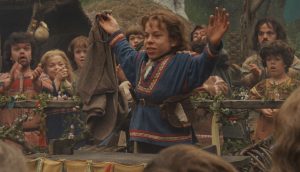 Disney+ has finally confirmed that the long-expected sequel series to the George Lucas-produced 1988 fantasy adventure feature Willow is set to enter production next year.

The series is being produced by Lucasfilm and it will be the company’s first foray into non-Star Wars storytelling since 2015.

Jon M Chu (Crazy Rich Asians) is attached to direct the pilot and will serve as executive producer alongside showrunners Jonathan Kasdan (Solo) and Wendy Mericle (Arrow), with Kasdan also writing the pilot.

Original star Warwick Davis will reprise his role as farmer-turned-hero Willow Ufgood for the series in a tale set years after the events of the film. The series will introduce all-new characters to the enchanted realm of fairy queens and two-headed Eborsisk monsters.

“This is an exciting new era for storytelling at Lucasfilm,” said Kennedy. “Jon Chu’s vision, coupled with the writing of Jon Kasdan and Wendy Mericle, is going to take Willow into new and exciting directions for the series.

“Reuniting Ron Howard and Warwick Davis in the world of Willow is something that they’ve both wanted to do for some time, and I couldn’t be more proud of the incredible team we’ve put together to bring this series to Disney+.” 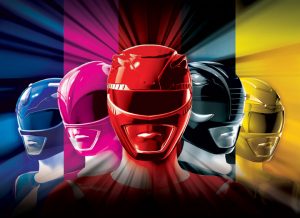 Hasbro-owned studio Entertainment One (eOne) has bright on producer and director Jonathan Entwistle to spearhead new TV and film versions of its Power Rangers franchise.

Entertainment One will develop and produce the projects with Entwistle attached to direct across both formats.

Power Rangers, meanwhile, is a US entertainment and merchandising franchise built around a live-action superhero television series, based on the Japanese tokusatsu franchise Super Sentai. The first Power Rangers entry, Mighty Morphin Power Rangers, debuted in 1993. Hasbro acquired the Power Rangers franchise from Saban Brands in 2018.

“Jonathan has an incredible creative vision for this iconic and hugely successful franchise, and is hands down the right architect to join us as we reimagine the television and film worlds of this property,” said Nick Meyer, president of film and Michael Lombardo, president of global television at eOne. “Across our slate, we are looking forward to working with the most talented storytellers as we take on Hasbro’s rich fan-favourite brands and build entertainment universes around them.” 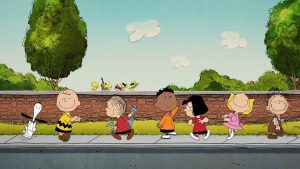 Apple TV+ has teamed up with WildBrain, along with Peanuts Worldwide and Lee Mendelson Film Productions, striking a new deal to become the new home for all things Peanuts, including new original series and specials.

New animated Peanuts originals coming to Apple TV+ include a second season of Snoopy in Space and a slate of brand-new specials that will find the Peanuts gang marking Mother’s Day, Earth Day, New Year’s Eve and Back to School – all to be produced by WildBrain’s animation studio. The new series and specials join the previously announced The Snoopy Show; a brand-new Peanuts 70th anniversary documentary film from Imagine Documentaries and WildBrain; and Peanuts in Space: Secrets of Apollo 10.

The 2020 edition of Cartoon Business has been cancelled due to the impact of Covid-19, with no plans for a digital edition, but an expectation of returning next year.

A statement from the organisers explained: “As the year 2020 goes by, we all realise that organising or attending events in ‘real life’ is less and less an option.

“Unfortunately, some events are not made for being digital. Their DNA is too much in the gathering together: attending conferences, sharing the learnings with peers, meeting new people or having an impromptu debate over a cup of coffee.
Cartoon Business is one of them. We therefore had to take the difficult but necessary decision to entirely cancel the event.”

Next year’s edition has, however, been scheduled for 5-7 October in Gran Canaria. 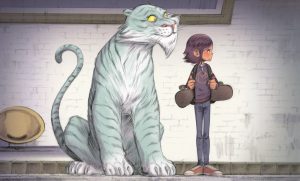 Paris-based kids entertainment outfit TeamTO has acquired the TV, film and licensing rights to Ninn, the series of graphic fantasy novels by Jean-Michel Darlot and Johan Pilet, with plans to create an animated limited series based upon the title.

Aimed at a 7+ audience, the series will follow Ninn, an 11-year-old girl with a mysterious connection to the Paris Metro.

“As soon as I saw the first album I immediately felt attracted by its graphic design style, which is both classic and fantastical,” said TeamTO EP Corinne Kouper. “I fell in love with the independent and free-thinking spirit of this little urban girl on the platform of the Paris Metro, visibly protected by her large and warm white tiger.

“I also liked the idea of Ninn roaming freely through the underground tunnels on her skateboard as if it were her bedroom, and her unique and touching relationship with her two dads.”