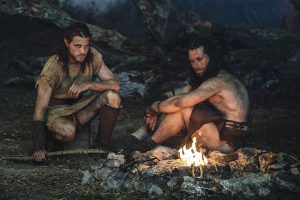 Broadcasters in Germany, Russia and Greece have acquired historical epic Romulus in pre-launch sales deals with ITV Studios that extend the series reach to 44 territories.

Produced by ITV Studios-owned Cattleya, Sky and Groenlandia, the Latin-language drama has been acquired by Deutsche Telekom for its MagentaTV OTT service in Germany, MoreTV in Russia and CIS, and Cosmote in Greece. This follows existing deals with SBS for Australia and HBO Europe.

The 10-part series, which will have its Italian premiere at the Rome Film Festival tomorrow, is set to launch on Sky Altantic and NOW TV in Italy on 6 November. It is set in the eighth century BC, along the banks of the Tiber, in a primitive and brutal world where one woman arises to kay the foundations of a new society that would become one of the greatest empires in history.

Ruth Berry, MD of global distribution at ITV Studios, said, “Romulus is a rare gem in that it offers viewers something totally unique and completely relatable at the same time. While set in 8 BC, its underlying themes: brotherhood, betrayal, love, war and revenge, are timeless.  We simply can’t wait for the world to see it.”

This is the first comedy project to be announced by the UK prodco since creative director Pippa Brown was appointed to lead a move into the genre.

Set in 2004, the darkly comic novel explores the legacy of the Troubles in a divided Irish border town through the perspective of Majella O’Neill, a 27-year-old “big girl” who lives at home with her mother and works six days a week in her local chip shop, bearing witness to the darkly humorous goings on of the town from behind the counter.

“It’s a dream come true to work with the legendary Kathy Burke and creative firecracker Pippa Brown to bring Majella and the town of Aghybogey to the screen,” said Gallen “Kathy and Pippa revel in the fun, filth and grit powering the lives of characters like Jimmy Nine Pints but treat every character with dignity and respect. I think that’s going to create something very special”.

“I’m beyond excited to work with Michelle and Kathy to bring Majella’s compelling comic voice to the screen and I can’t wait for audiences to fall in love with her and her world of misfits, chip suppers and secrets,” said Brown. 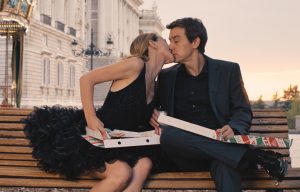 The show will land on the company’s France.tv platform on 19 November, with French dubbing.

A co-production between Onza, Medio Limón and Atresmedia Studios, Little Coincidences was the first Spanish project with the Amazon Exclusive label, with these two seasons previously airing on Antena 3 and on Amazon Prime Video in Spain, LatAm and the US. A third and final season is currently nearing the end of production.

Little Coincidences tells the story of a couple who don’t know each other, but both experience a strange phenomenon that makes them look for one another.

The show is also being adapted by NBC and Universal Studios for a US remake under the name Someone Out There.

“We are really glad that an Onza production is becoming an international success, said Carlos Garde, director of Onza Distribution. “Having France Télévisions as a partner is a great opportunity for the show to keep growing, especially since they are betting for the first and second season.”