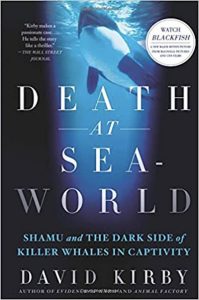 Fremantle-owned producers The Apartment and Castlefield have picked up rights to adapt David Kirby’s investigative book Death At SeaWorld into a 10-part drama.

The book, which preceded the award-winning documentary Blackfish, follows five characters whose lives intertwine then collide with the 2010 death of a SeaWorld worker by the captive killer whale Tilikum.

The Apartment and Castlefield will join forces to produce a “form-breaking” 10-part drama series based on the book, with showrunner Simon Allen (Das Boot, The Watch) attached.

Production is expected to begin late 2021, with broadcast/streamer partners not yet revealed.

Lorenzo Mieli, CEO at My Brilliant Friend producer The Apartment, said: “Death at SeaWorld will not only be a searingly relevant prestige television event but also an inspiring rallying call to protect the beauty and wonder of our troubled planet. I am thrilled to be bringing the remarkable untold chapters of this story to life with such a talented and committed team.”

Castlefield’s MD Hilary Martin and creative director Simon Judd added: “David’s groundbreaking book and Simon’s breathtaking take on the material have sparked to create an irresistible drama that is at once both emotionally intimate and globally resonant.”

The deal was brokered on behalf of David Kirby by Allison Warren and Todd Shuster of Aevitas Creative Management.