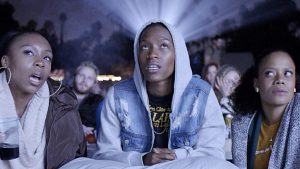 Single-camera comedy Twenties, which launched in March this year on BET in the US, will make its UK debut on BBC Three on 25 October, after the pubcaster acquired exclusive UK rights for seasons one and two of the series, which follows an aspiring young black lesbian writer trying to make it in LA. Season one of the series has also been acquired by New Zealand’s SVOD platform Neon.

VIS Distribution has also licensed three scripted titles from US actor, producer and director, Tyler Perry. Channel 8 in Nicaragua has acquired live-action comedy, Tyler Perry’s Young Dylan, which first aired on Nickelodeon US in February this year and stars actor and recording artist Young Dylan as an aspiring hip-hop artist who moves in with his aunt and uncle.

Meanwhile, Sistas and The Oval – both from Tyler Perry’s Studios – will air on Canal+ Africa and A+ this autumn. The shows premiered on BET in the US last year and have both been renewed for a second season.  Comedy-drama series Sistas follows a group of single black women as they navigate the ups and downs of love, life, friendship and career, while The Oval, is a soap opera centred on the daily life of a black first family who move into the White House.

“ViacomCBS has a long and privileged history of working with incredible creators and we are fortunate to be able to offer our clients an array of content which depicts strong characters portrayed by top-tier talent, created by skilled and prolific writers and producers such as Tyler and Lena,” commented Lauren Marriott, SVP of sales & business operations at ViacomCBS International Studios.

The news comes just one day after Marriott was appointed to her new role, following a restructuring of VIS’s distribution business, with its activities combined with those of ViacomCBS’s International Programme Sales arm. The move also saw Laura Burrell promoted to VP of international formats. 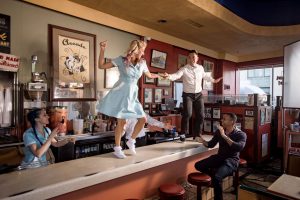 Online content marketplace Vuulr has added more than 1,000 hours of programming to its slate after striking agreements with broadcasters, producers and distributors from across North America and Europe.

MacGillivray Freeman Films in the US, Insight TV in the Netherlands, Czech Television in the Czech Republic and Nelvana in Canada have all added titles to the platform.

Finally, Corus Entertainment’s Nelvana in Canada has added animations such as Franklin and Bravest Warriors.

Vuulr now offers more than 100,000 hours of ready-to-air content, having already added shows to its service from companies including Sony, Legendary Television, Televisa, Viacom 18 and Caracol.

UK broadcaster Channel 4 has commissioned factual producer Blink Films to create a special one-off documentary revealing the story behind an interview that Diana, Princess of Wales, did with the BBC’s Panorama show in 1995.

Twenty-five years after the landmark broadcast, in which the princess stunned the world with revelations including her description of the British monarchy as cruel and oppressive, Diana: The Truth Behind The Interview speaks to key insiders at UK pubcaster the BBC, along with archive documents, to piece together the full story behind the explosive interview.

The Panorama special saw Diana reveal intimate details of her private life and her husband, Prince Charles’, affair with Camilla Parker Bowles – now Duchess of Cornwall – as well as casting doubt on his suitability as future king. The documentary, distributed globally by Fremantle, also questions how Martin Bashir, at that time a relatively unknown BBC journalist, was able to persuade her to give the exclusive interview.

“Diana’s Panorama interview stunned the world and rocked the monarchy with its revelations about her relationship with her husband and the royal family,” said Dan Chambers, creative director of Blink Films.

“But it also raised questions and allegations about just how a junior journalist scooped his high-profile competitors which have largely unanswered for 25 years. We are now able to tell the full, extraordinary story.”