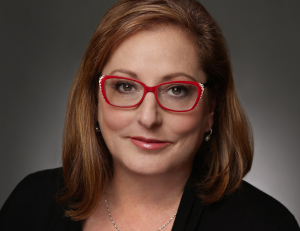 Blumhouse TV’s co-president Marci Wiseman is stepping down from her role at the US-based producer behind The Jinx and Sharp Projects.

Wiseman’s exit is leaving due to personal reasons, with her remit being taken on by fellow co-president Jeremy Gold, who will now head up the production company’s TV operations on his own.

The reshuffle comes four years after Wiseman landed at Blumhouse TV, which has been expanding its genre-offering beyond horror to include shows such as The Good Lord Bird and The Loudest Voice.

Wiseman joined the company from Entertainment One where she was EVP of global production and before that had stints with AMC Studios, helping to launch global hit The Walking Dead.

Jason Blum, Blumhouse’s CEO and founder, said: “Marci Wiseman is one of the smartest people I have worked with in my career, and I will always be grateful to her for everything she accomplished with Blumhouse Television.

“She pioneered a production approach to our slate of streaming movies that was in many ways as innovative as what we’d been doing with our theatrical features. And even while she was innovating she was also teaching me about the traditional TV business. I’m pleased to continue to have her as a strategic advisor and look forward to seeing what she does next.”