TBI Weekly: Six takeaways from a week of scripted developments

Scripted has been at the centre of a storm since Covid-19 landed as global lockdowns halted filming, threw production companies’ futures in the air and played havoc with commissioning plans. This past week, however, has seen a flurry of activity that suggests the sector is rapidly adapting to the new normal. 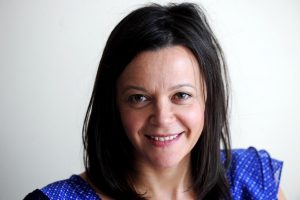 The week began with news that acclaimed UK producer Nicola Shindler would be launching a new scripted label within ITV Studios, based out the UK city of Manchester. The launch will see Shindler, who was moved to chief creative officer at Studiocanal UK in March, leave the company behind after seven years, following its investment in her Red Production Company in 2013. The new, as-yet-unnamed label will be focused on developing and producing drama for the UK and international market, with ITVS handling distribution. Shindler is best known for her work on UK dramas including Happy Valley and Last Tango In Halifax for the BBC, Queer As Folk and Cucumber for Channel 4, and Butterfly and Scott And Bailey for ITV. It remains to be seen if her close relationships with writers including Russel T Davis and Danny Brocklehurst will provide a further boon to the ITVS deal. 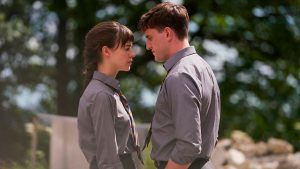 The power of scripted was then underlined by the UK’s BBC, which unveiled its annual report this week along with details of some huge numbers for its OTT service iPlayer. The on demand service received almost five billion viewing requests during 2019/20, but attention was drawn to its hit series Normal People, which was requested 55 million times from the end of April to early July, with 16.2 million in the first eight days alone, during lockdown. The stats make the show the BBC’s biggest drama launch on iPlayer ever and provides an interesting comparison to the numbers from global streamers. Netflix, for example, revealed earlier this year that despite its huge international subscriber base which stands at more than the entire UK population put together, its much-discussed fourth season of La Casa De Papel had drawn just 10 million more views, with 65 million (each view counted as watching the first two minutes). The Witcher, widely seen as Netflix’s most popular series, stood at 76 million, with the Netflix figures running to July. 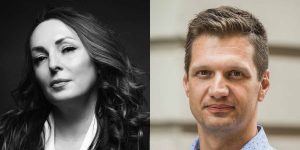 Joined-up thinking
Former HBO Hungary drama head Gábor Krigler also had a noteworthy week, revealing he had linked up with Serbian production house Firefly on a six-part comedy/drama, which claims to be the first co-production by indies in south-eastern Europe. His indie, Joyrider, is working with Ivana Miković, the former BBC Serbia producer who co-founded Firefly, on Frust, a 6 x 50-minute show that will start production next year and tells the story of a struggling young writer who becomes a social media star after accidentally killing a drug pusher who is terrorising his neighbourhood. The show, created by Srdjan Vuletic, “is the first project of its kind in south east Europe,” Miković said, “and the combination of Joyrider’s creativity and our acclaimed production facilities, unique in the region, will establish us both as a serious player for international drama production for audiences in Serbia and beyond.” 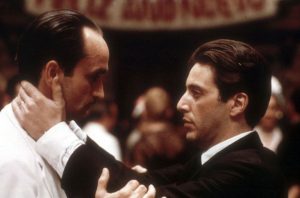 Meanwhile in the US, ViacomCBS revealed the name for its soon-to-launch ‘super service’ OTT platform – while making it clear that making the most of its existing IP would be a key focus for development. And so, Paramount+ is now working on limited drama The Offer, which explores the production of mafia epic The Godfather – producedby Paramount Pictures nigh on 50 years ago. The new series will be produced by Paramount TV Studios and will be written by Michael Tolkien (The Player, Escape At Dannemora). Julie McNamara, EVP & head of original programming at CBS All Access, said the show would explore the story of the film’s creation and production, during which it received threats from the mafia. “Who knows what could happen with The Godfather in the future,” she added. 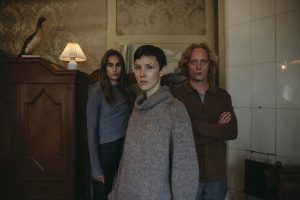 Scripted developments from the Nordics were also plentiful this week. Elisa Viihde Viaplay, the Finnish streamer that will combine the Elisa Viihde service and content from Viaplay owners Nordic Entertainment Group, teamed up with A+E Networks for sci-fi series, Next Of Kin, an eight-part mystery drama that will become the first original drama to land on the upcoming OTT platform. Elsewhere, Channel 4 in the UK has ordered a remake of Swedish drama Before We Die, with Eagle Eye Drama – the company launched by the founders of streamer Walter Presents – attached to produce the six-part crime thriller, while Stampede Ventures, the prodco founded by Warner Bros. Pictures’ former president Greg Silverman, has struck a first-look TV deal with CBS Studios. The Nordic connection? One of the first shows on the slate is a series adaptation of Ragnar Jónasson’s book The Darkness, part of his Hulda crime series. Truenorth Productions – which is behind Netflix’s The Valhalla Murders – is set to produce the series in Iceland. CBS Studios will have worldwide distribution and international remake rights. 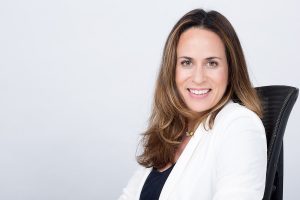 The Darkness was not the only news line to come from ViacomCBS outside of the US this week, with its International Studios division linking up with Spanish prodco La Claqueta PC to co-produce Jamila, a new drug-related crime series. La Claqueta PC is the production house behind Clandestine Amazon and Life In Flames, with Olmo Figueredo González-Quevedo and Alberto Marini attached as showrunners. Laura Abril, SVP of VIS for EMEA & Asia, said the show was “another testament of our strategy to create and produce content which can to both resonate locally and have a global reach.” Meanwhile, further north, European pay operator Sky revealed its latest commission, this time an Italian prison drama from Fremantle’s acclaimed production companies The Apartment and Wildside. Eight-parter Il Re (The King) is being produced by Lorenzo Mieli and directed by Giuseppe Gagliardi, with the show set to debut on Sky Italia. Shooting is scheduled to start in Rome, Turin and Trieste by the end of the year. For an industry battered by Covid-19 over the past six months, it was another positive note in a week of scripted developments.