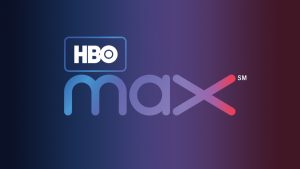 HBO Max has given a series order to Our Flag Means Death, a new pirate comedy with Oscar-winner Taika Waititi attached to direct the pilot.

People of Earth creator David Jenkins is attached as showrunner on the series, which is loosely based on the true stories of Stede Bonnet, an 18th century aristocrat who gave up his position in high society to become a pirate.

Filming on the pilot is expected to get underway once Waititi wraps production on the upcoming Marvel film Thor: Love And Thunder.

“A series concept like this jumps off the page and you can instantly envision every moment,” commented Sarah Aubrey, head of original content for HBO MAX. “David and Taika’s unique take on Bonnet’s rollicking misadventures on the high seas, are sure to thrill and delight audiences everywhere.”

Jenkins created the TBS sci-fi comedy People Of Earth, which ran for two seasons from 2016-2017. The series had been commissioned for a third season, though TBS later reversed that decision in its move away from original programming.

Waititi won an Oscar last year for best adapted screenplay for his wartime comedy-drama JoJo Rabbit. He was recently heard on-screen as the voice of the droid IG-11 in the Disney+ Star Wars series The Mandalorian, also directing its finale, and currently executive produces FX series What We Do In The Shadows, which is based on his film of the same name.