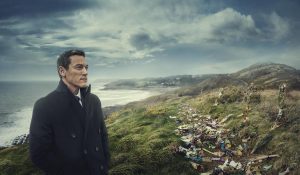 ‘Vigil’ and ‘Pembrokeshire Murders’ in raft of global pre-sales

Broadcasters around the world have acquired both UK thriller Vigil and true-crime drama The Pembrokeshire Murders, following a raft of pre-sales by ITV Studios.

Both series are produced by London-based World Productions, which is behind international hits Line Of Duty and Bodyguard.

The 6 x 60-minute Vigil, was originally commissioned for BBC1 and explores a high-stakes conspiracy surrounding one of Britain’s Trident nuclear submarines, It has been sold in Australia, where BBC Studios Australia has acquired the territory premiere rights, and SBS is taking the free TV premiere window.

The 3 x 60-minute The Pembrokeshire Murders, meanwhile, was made for ITV and dramatises the hunt for the most notorious serial killer in Welsh history. It has been picked up by Canal+ in Poland and licensed to the BBC for BBC Player in Singapore, Taiwan, Malaysia and Hong Kong. It is co-produced by Britbox and will also exclusively premiere on the service in the US & Canada.

Both series have also been picked up by broadcasters VRT in Belgium, NPO in the Netherlands, DR in Denmark, YLE in Finland, NRK in Norway and SVT in Sweden.

Ruth Berry, MD of global distribution at ITV Studios, said, “We are really excited to license these two different but equally gripping dramas to partners worldwide. World Productions’ reputation for making thrilling content is truly global and both Vigil and The Pembrokeshire Murders are really powerful stories.” 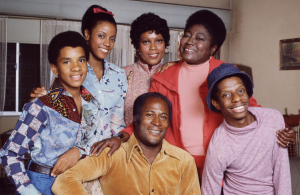 The series, which originally ran on CBS between 1974 and 1979, was the first TV sitcom focused upon a two-parent African-American family, following the lives of the Evanses, who lived on a public housing project in inner-city Chicago.

This new animation, set in the present day, will follow the family “as they navigate today’s world and contemporary social issues.”

Prolific sitcom creator Lear, who was also behind shows including All In The Family, Sanford And Son and The Jeffersons, is attached as an executive producer on the new series, along with Seth MacFarlane and Stephen Curry.

Carl Jones (The Boondocks, Black Dynamite) created the new series and will serve as showrunner.

“It’s a dream come true to be working with the legendary talents of Norman Lear, Seth MacFarlane, and Stephen Curry,” said Jones. “We are excited to carry on the original legacy of Good Times — but now animated and a little edgier. Let’s just say the struggle has just gotten strugglier.”

This animated revival follows last year’s Live In Front Of A Studio Audience special on ABC. 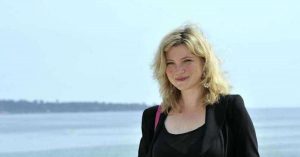 Produced by Boxeur de Lune, Boxeur 7 and commissioned by France 2 in France, the series has already been sold to more than 80 territories with its eighth season currently being broadcast on France 2 and a ninth already commissioned.

“We’re very happy to bring this successful French TV series exclusively to the audiences in Latin America and are proud to offer a strong female lead to the television screen, adding a fresh take on the crime procedural to AXN’s programming grid,” said Selina Nederhand, SVP of content strategy and acquisitions at Sony Pictures Television Latin America.