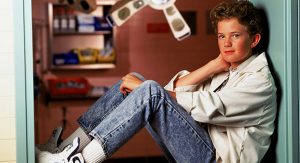 Disney+ has made a straight-to-series order for a reboot of 1980/90s ABC series Doogie Howser, M.D.

The new 10-episode series, which has the working title of Doogie Kameāloha M.D., will be a reimagining set in modern-day Hawaii following Lahela ‘Doogie’ Kameāloha, a mixed-race 16-year-old girl, juggling a budding medical career and life as a teenager.

The series is scheduled to go into production later this year and Kourtney Kang (Fresh Off the Boat, How I Met Your Mother) is attached to write and executive produce for 20th Television, a part of Disney Television Studios. Jake Kasdan and Melvin Mar will executive produce and Dayna and Jesse Bochco will produce the half-hour comedy series.

“Thirty years ago, a young medical prodigy took the world by storm and left a lasting impact on pop culture,” said Ricky Strauss, president of content and marketing at Disney+. “Kourtney and the team at 20th Television have created a very modern take on this beloved property which will resonate with our global Disney+ audience. We can’t wait to introduce the world to the new Doogie.” 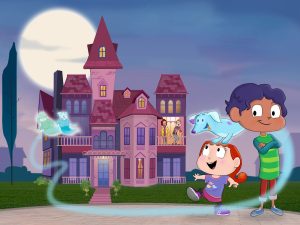 LatAm prodco Pinguim Content and US-based Little Airplane are in co-production on a new kids’ animated comedy, The Boo Inn.

The 52 x 11-minute animated series, aimed at 4- to 8-year-olds, follows the adventures of siblings Oliver and Abigail who live in an inn bought by their parents without knowing that the previous owners still lived there. – as ghosts.

Josh Selig, founder of Studio 100-owned Little Airplane, said: “This collaboration was borne out of our long friendship with the very talented team at Pinguim.  We are so excited about this new series as it brings together great comedy and gently spooky elements, a combination which kids will absolutely love.”

Celia Catunda, co-founder Pinguim Content, added: “Oliver, a creative and imaginative problem-solver who believes in all things supernatural and otherworldly, Abigail, a sweet, spontaneous and joyful bundle of energy, and enthusiastic chatterbox Salami are sure to appeal to kids everywhere, who love all things spooky.” 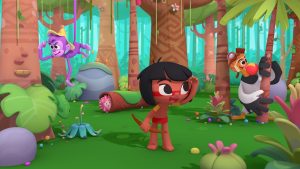 Tainá And The Amazon’s Guardians

Based on the Brazilian films of the same name, the 52 x 11-minute series was created by Pedro Carlos Rovai and Virginia Limberger. Targeted at two-to-five-year olds, it is an “optimistic, joyful and friendly” ecology tale to save the Amazonian forest.

Joint founders of Dandelooo, Jean Baptiste Wéry and Emmanuèle Petry commented, “Tainá is a fantastic series which portrays strong messages to children in an accessible and entertaining way.  It’s crucial that we teach children the importance of nature, the environment, the Amazon and everything that lives there.” 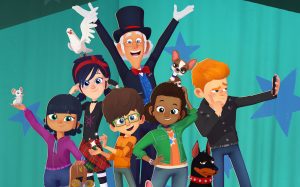 The 52 x 11-minute series, which was created by TeamTo in co-production with Belgian partners Panache Productions and La Compagnie Cinématographique, follows a group of kids who dream of becoming magicians and is based on Studiocanal’s theatrical release The House Of Magic.

Guillaume Hellouin, president and co-founder of TeamTO said, “We’re thrilled to begin this partnership with our good friends at Federation, a company that – like TeamTO – has established itself as a leading player in the global kids market.