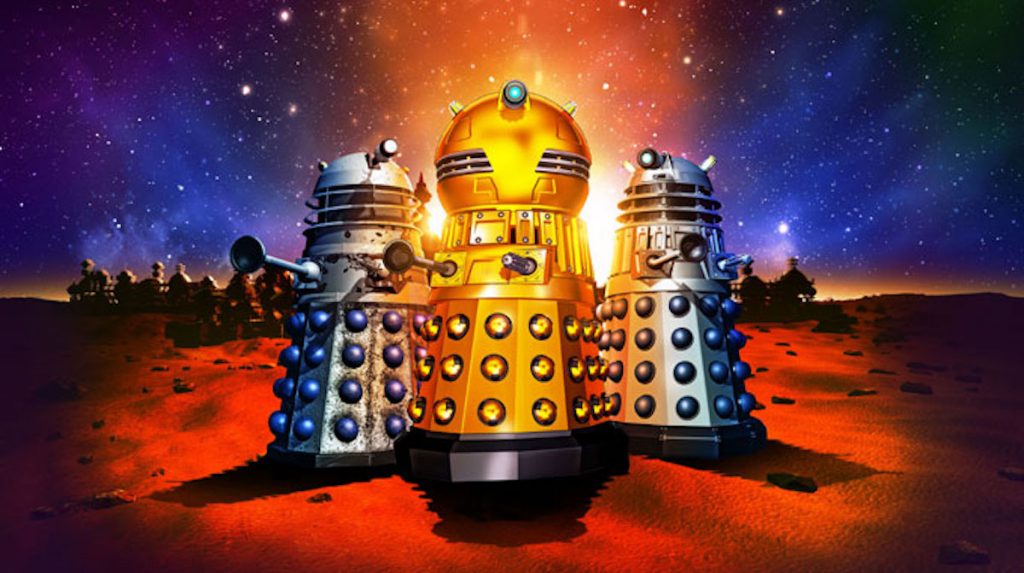 BBC Studios has announced Daleks! an animated spin-off to long-running sci-fi series Doctor Who, focused on the show’s most iconic villains.

Written by James Goss, the 5 x 10-minute CGI animated series is a BBC Studios Digital production and has been created by Salford-based animators Studio Liddell. It will launch on the official Doctor Who YouTube channel in November.

The series will follow the evil aliens as they come up against a force even more terrible than themselves. After plundering the Archive of Islos, the Daleks find their home under attack and their emperor on the run. Facing defeat, they must turn to an old enemy for help.

Doctor Who launched on BBC1 in 1963 and the Daleks were introduced in its second story soon after. The pepperpot-shaped foes proved to be an instant hit and are often credited with exploding the show’s popularity, making continuing appearances to this day.

Nicholas Briggs, who has voiced the Daleks in Doctor Who since its return from hiatus in 2005, will also voice them in this new animated series. He is joined on the cast by Joe Sugg, Anjli Mohindra and Ayesha Antoine.

“This latest, fantastic, thrill-packed venture into the world of animation, with the Daleks as the stars of the show, is something so many of us have been craving for years,” said Briggs. “And for me it’s been a marvellous challenge, as usual playing every single Dalek in action, but with the added excitement of portraying some beautifully written, leading Dalek characters. It’s been a blast, and I can’t wait to see the finished production.”

The Daleks will next appear in live action in the Doctor Who festive season special Revolution Of The Daleks, expected to air later this year.