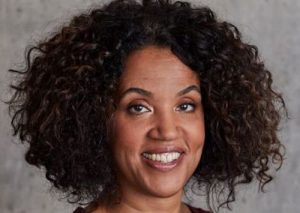 She replaces Patrick Maguire, who had been with ABC owner Disney for almost two decades. He had been promoted in 2018 to become SVP of drama development at ABC Studios, which which was merged into ABC Signature earlier this month following a rebranding and restructuring process.

Lewis reports into ABC Signature’s EVP Tracy Underwood and joins following a three-year stint at Starz, where she oversaw shows including Hightown and Dublin Murders as SVP of originals.

Before that, she worked for AK Worldwide, the prodco owned by music star Alicia Keys, as well as MTV Films.

Lewis, who takes up her new role on 31 August, said: “The breadth of projects that they have brought to audiences is unparalleled and I am excited to be at a company that is doing everything possible to tell stories about people that have not been told before.”

Underwood added: “I have long admired [Lewis’s] impeccable taste and collaborative spirit. Her thoughtful shepherding of distinctive series like P-Valley in concert with her unflappable leadership style made her an undeniable choice for us to spearhead drama and be a vital decision maker for our studio.”

The addition comes after Disney revamped its production arms and appointed Jonnie Davis to be president at ABC Signature, which includes ABC Studios. Touchstone Television, which incorporates what was Fox 21 TV Studios, is helmed by Bert Salke while Carolyn Cassidy is president at 20th Television, previously 20th Century Fox Television.