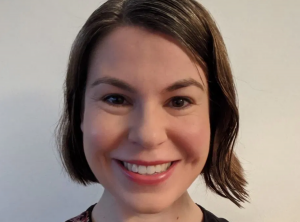 Allan becomes head of content curation and distribution for the ABC’s entertainment and specialist arm, with a remit to oversee content across the Aussie broadcaster’s TV, on demand and social media offerings.

She starts in November and takes up the role that was previously held by Rebecca Heap, who left the ABC in 2018.

Allan was most recently head of advertising and programming for BBCS’s factual and kids content in Oz and New Zealand, working on channels including BBC Earth and BBC Brit.

Before that, she was head of acquisitions for BBCS in Australia and New Zealand.

Michael Carringon, ABC’s director of entertainment & specialist, said: “Roberta has an excellent track record of success over 15 years in the media industry, including a deep involvement with broadcasting across Australia and New Zealand.

“She has great expertise in innovative programming and multichannel management. I am particularly excited to work with Roberta in building on the success of ABC iview and ABC Listen, and confident that she will lead our content curation and distribution teams with passion and verve, particularly for our digital audiences.”

Allan added ha he role offered “a unique opportunity to be able to work across so many platforms and with such amazing content.”