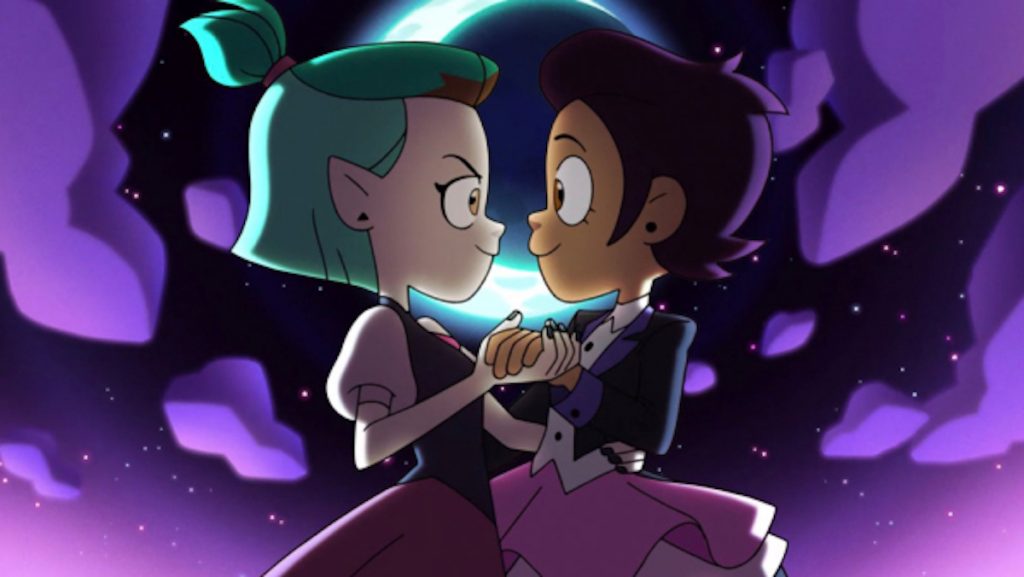 The Disney Channel’s animated fantasy series The Owl House has been confirmed to be featuring Disney’s first-ever bisexual lead character.

The show, which premiered in January of this year, follows 14-year-old Luz Noceda who travels to another world and embarks on a journey to become a witch. Along the way she has been shown to be attracted to both male and female characters.

Series creator Dana Terrace recently took to Twitter to confirm fan theories that Noceda is bisexual and said that while she currently enjoyed the full support of Disney leadership in regard to the character’s sexuality, that had not always been the case.

“In [development] I was very open about my intention to put queer kids in the main cast. I’m a horrible liar so sneaking it in would’ve been hard,” wrote Terrace on Twitter.

“When we were greenlit, I was told by certain Disney leadership that I could not represent any form of bi or gay relationship on the channel.

“I’m bi! I want to write a bi character, dammit! Luckily my stubbornness paid off and now I am very supported by current Disney leadership.”

This is not the first time that a Disney production has featured an LGBTQ+ character, however they are typically represented in a minor role. The Pixar short film Out, which launched on Disney+ in May, featured a gay lead character.