Netflix is to use more mobile-only subscription plans and an expanded local content offering to compete with streamers such as Disney+ and iQiyi in Southeast Asia.

Ajay Arora, the streamer’s director for product innovation, told Reuters that “what we see in Southeast Asia is that it’s a very mobile-centric market,” and that Netflix would look to continue capitalising on this consumption method.

The company first launched a cut-price mobile-only offer in India last summer which costs RS199 ($2.66) per month and is restricted to a single mobile device in 480p resolution. Similar plans were subsequently launched in Malaysia, Thailand, the Philippines, and Indonesia.

Arora also said that the company will look to expand its payment options in countries with low credit card penetration, with the Philippines being an example of a country where subscribers can pay for the service via their mobile telephone plans.

The last string to Netflix’s regional expansion bow will be a ramped up focus on localised content. Last week, the streamer announced the production of two original Indonesian titles and said that it expects to start filming projects in the country – and Thailand – in the near future.

Netflix counts around one million-plus subscribers in the region, which has become a hotbed of competition from both US-based streamers such as Disney+ and local operators including Viu, while Chinese SVODs are also expanding. 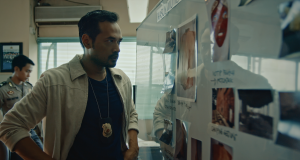 Arora’s comments come ahead of Disney’s plan to launch the rebranded and mobile-focused Disney+ Hotstar – launched in India at the beginning of April- into Indonesia on 5 September.

The Mouse House will partner with state-owned telco Telkomsel to launch the service with more than 300 local movies, in addition to its already stacked content library.

Southeast Asian competition is also growing from Chinese streamer iQiyi, which has made clear its ambitions to expand across the region with the appointment of three new country managers. Two of the new appointments come from floundering streaming rival Iflix, which was recently acquired by Tencent Video.

Reports have also emerged that iQiyi and fellow Chinese media giant Tencent are exploring a merger that could create the world’s biggest streamer in a deal that would help to slash both service’s costs and counter growing competition.

That competition has already seen Singapore-based streamer Hooq – backed by Sony Pictures Television, Warner Bros. and regional telco Singtel – file for liquidation. The on-demand service launched six years ago with backing from the US studios but has more recently moved towards launching its own local originals, with shows such as Indonesian crime drama Brata and movie original Marlina The Murderer In Four Acts.