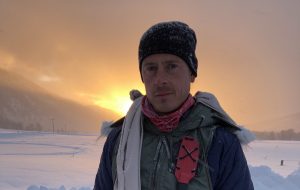 Could You Survive? host Creek Stewart

US-based cabler The Weather Channel has ordered a survivalist show from Canadian producer BGM, which was acquired from the remnants of Kew Media Group by Sphere Media (fka Datsit Sphere) in March.

Could You Survive? will be hosted by Creek Stewart and explore stories of survival against the odds in some of the most extreme environments on the planet. Survivors tell their own stories with the help of personal archive footage shot during their ordeal.

Author and survival expert Stewart and his team then visit each location to demonstrate the crucial skills and techniques needed to overcome such life-threatening conditions as dehydration, starvation, bleeding out, freezing and near fatal injuries.

The eight-part series, which marks Toronto-based BGM’s first foray into the survivalist genre, goes into production in August and is slated to air at the end of 2020.

Sappington said: “This show combines the drama of extreme weather in real life-or-death situations with Creek’s incredible survival skills – something that our viewers can learn from, while also being entertained.”

BGM was formed in 2013 to create multi-genre, multiplatform content. It was sold to Sphere in March and is now headed by new CEO Marlo Miazga after founder Julie Bristow left the company in November.