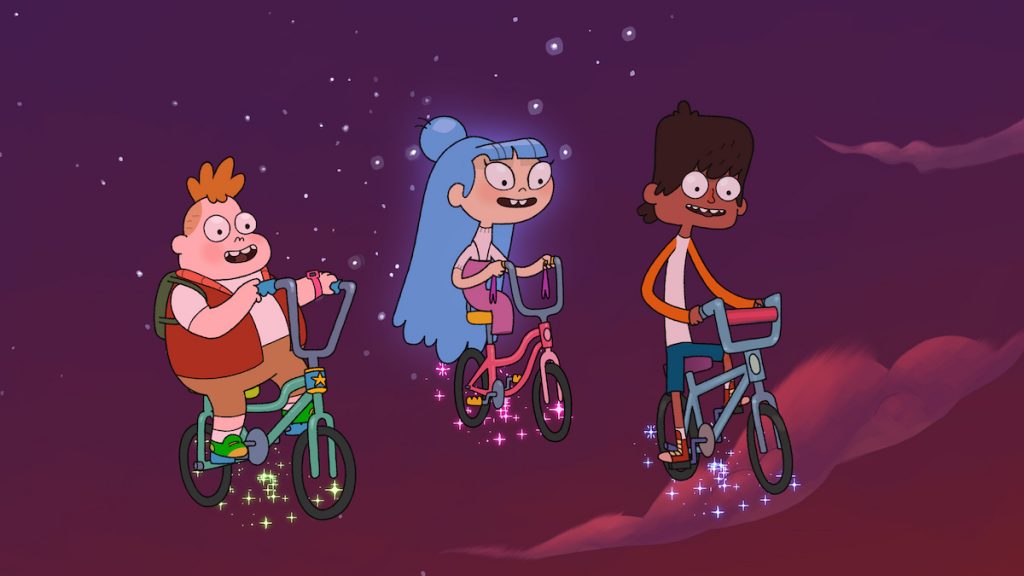 The ABC in Australia has commissioned a 26 x 11-minute second season of animated series The Strange Chores from Ludo Studio and Media World Pictures.

The series follows teenage wannabe heroes Charlie and Pierce, and spirited ghost girl Que, as they master the skills they need to replace aging monster-slayer Old Man Helsing, by doing his supernatural chores.

The first season has been sold to broadcasters around the world including Sony’s Pop in the UK, CBC in Canada, Discovery Kids in Lat Am and Cartoon Network in Italy.

Global distribution and licensing will continue to be managed by Boat Rocker Studios based in Toronto, Canada. President and rights and MD of Boat Rocker, Jon Rutherford, commented: “The Strange Chores is a wildly funny series, with strong international appeal, that has struck a chord with broadcasters around the world. This second series allows us to keep global audiences entertained with another dose of Charlie, Pierce and Que’s hilarious magical antics.”

Genius Brands International has announced a raft of broadcast deals for its animated series Rainbow Rangers and also launched its new Kartoon Channel on Apple iOS via a new app.

The series, which follows a group of young girls with magical powers, currently airs on Nick Jr in the US.

Meanwhile, New Zealand’s TVNZ and TV2 in Hungary have acquired the first season of the cartoon, and season two is headed to the pan-regional Nickelodeon Latin America and Noggin.

Shanghai Senyu has also licensed the rights to season two for Mainland China with an investment commitment. It already currently represents season one of the series.

Genius Brands has also signed new international content deals with TVP in Poland, KAN in Israel and HRT in Croatia for the animated series Llama Llama.

The Kartoon Channel app launch, meanwhile, follows the 15 June debut of the channel across multiple AVOD and OTT platforms. Genius Brands chairman and CEO Andy Heyward said that he was “thrilled” that viewing figures for the channel had grown so quickly and said the number of downloads for the app had “skyrocketed.”

Tencent has picked up seasons one to three of the animated series, along with the sub-brand Sunny Bunnies Get Busy, which teaches children Sunny Bunny-themed arts and crafts. The VOD service will launch the show later this summer.

Kids Zone, meanwhile, has picked up the first four seasons of the show, to also debut this summer.

Maria Ufland, co-founder of Media IM Incorporated, said: “The entire Sunny Bunnies project continues to gain momentum, with content rolling out in almost every territory around the globe and merchandising in our key markets.

“The last couple of months have been extremely difficult for kids and their families globally and we see rising demand for feel-good content which makes kids laugh out loud and puts a smile on their faces.”