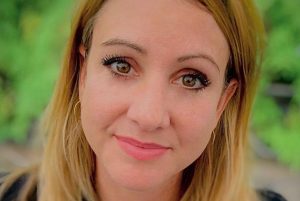 In her new role, Edmunds will oversee comedy and entertainment projects for the label at the British production arm of the global entertainment group.

Edmunds was the director of development at Tiger Aspect and previously worked at Talkback as EP on Dave show Jon Richardson: Ultimate Worrier, while her other credits include The Last Leg, Never Mind The Buzzcocks and Alan Carr: Chatty Man.

Talkback is known for its comedy and entertainment programming. Most recently producing Too Hot to Handlefor Netflix and ITV shows Alan Carr’s Epic Gameshow and Harry’s Heroes.

Talkback MD Jonno Richards said “Having the brilliant Kate on the Talkback team puts us in great stead for the future. Her considerable expertise will help us create and deliver more funny, exciting and relevant shows.”

Edmunds added “Talkback is a very special company and I’m thrilled to be joining their ridiculously talented team. They have a wealth of creative talent and I can’t wait to help build on their impeccable track record.”