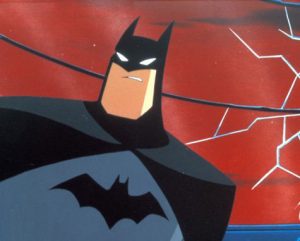 US streamer HBO Max has given a series commitment to a spin-off from Matt Reeves’ upcoming superhero film The Batman.

The series will be helmed by Reeves and written by Boardwalk Empire creator Terence Winter. It will be a drama set in the same world as Reeves’ upcoming feature, which is based upon the popular DC Comics character and stars Robert Pattinson as the Caped Crusader, and serve to launch a new Batman universe across multiple platforms.

This marks the first television project for Reeves under his recently announced overall deal with the Warner Bros. Television Group.

The show will focus on the Gotham City police department and explore the corruption rife in Batman’s home city. No title has yet been given or cast been announced, so it is unclear whether any characters from the film will reprise their roles.

Jeffrey Wright (Westworld) portrays iconic comic book character, police commissioner Jim Gordon, in The Batman, and given the focus of the show it doesn’t seem impossible that he might put in an appearance.

Reeves said: “This is an amazing opportunity, not only to expand the vision of the world I am creating in the film, but to explore it in the kind of depth and detail that only a longform format can afford — and getting to work with the incredibly talented Terence Winter, who has written so insightfully and powerfully about worlds of crime and corruption, is an absolute dream.”

Warner Bros. Pictures’ The Batman, is due to be released in October 2021, while Reeves recent output through 6th & Idaho includes Amazon Prime Video’s Tales From The Loop, the upcoming Netflix drama Away and Fox’s The Passage.