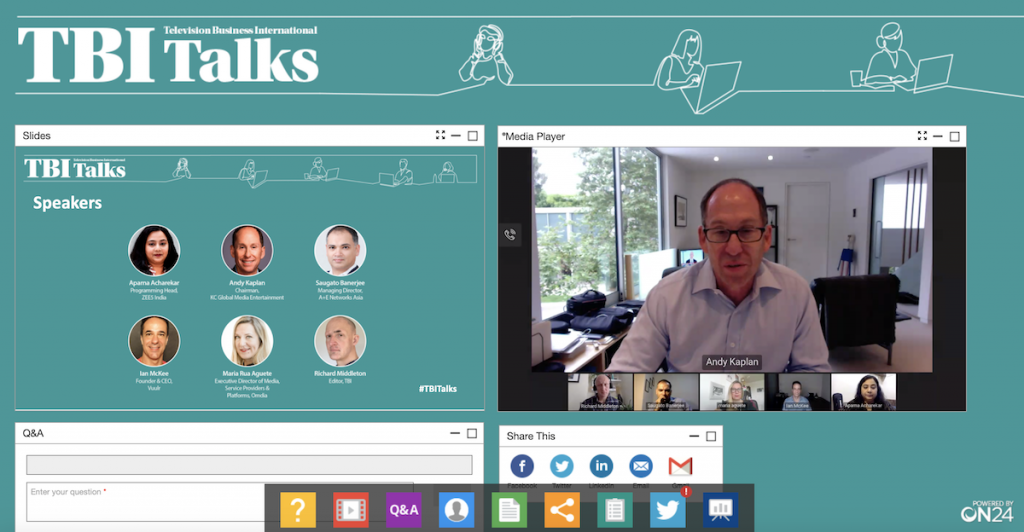 Speaking on yesterday’s TBI Talks webinar, which focused on capitalising on opportunities in the region, KC chairman Andy Kaplan acknowledged that while there is more “great, premium product” coming out of Hollywood – pandemic aside – than ever before, he still plans to put more money into both scripted and unscripted original content from Asia.

“What we’ve always known and need to truly invest in now is that local content is what truly resonates with the audience, and so what we’ll focus on is moving the needle a little bit away from large acquired Hollywood programme investments, to moving some of that money into more and more original content,” said Kaplan.

He added that there would be a challenge due to the high quality of original content coming out of Asia at the moment, though said that it is “actually good news” because it shows that the region has a strong creative talent base.

McKee revealed some global content buying and selling trends noted by Vuulr: “We’ve published more than 3,000 deal negotiations through the platform so far and when we looked at where they were coming from, because we transact globally, what we found was that the single biggest source of deal flow was coming from US buyers.”

Next up, said McKee, was Australia, which he said, hearing from other platforms, “punches way about its weight in doing business digitally”. This was followed by India which was “not surprising” as it is a very large media market.

The US also proves popular when it comes to content sold, with 48% of all buying activity on Vuulr being American content. “I think that reinforces the American ability to export content successfully around the world,” said McKee.

“Next is India; there is a global demand for Indian-made content” added McKee, revealing that it represented 16% of content sold on Vuulr, followed by programming from the Philippines at 6%.

A survey held during the webinar asked guests how they believed Chinese streamers such as Tencent and iQiyi might affect the global SVOD landscape over the next five years. The majority (42.3%) said that they will start to compete internationally but regional players and established market leaders like Netflix would remain more popular.

Click here to watch back the webinar in full.