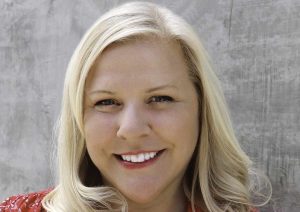 Sullivan, who will become VP & creative exec at Gaumont,  was most recently a development exec at Amazon Studios, where she worked on the production of original scripted animated children’s series including Do, Re & Mi, Jessy And Nessy, Clifford The Big Red Dog and Wishenpoof.

Prior to that, she led National Geographic’s kids and family digital initiatives including multi-platform service NG Kids TV, and has also had stints at AOL and MXG.

Kalagian said: “Her creative vision is aligned with Gaumont’s and the energy and expertise she brings to the group will further inspire us in our ongoing quest to develop meaningful stories and compelling characters.”

Gaumont has been expanding its family and animation slate over recent months, with Do, Re & Mi – starring Kristen Bell (Frozen) and Jackie Tohn (Glow) – set to debut on Amazon Prime Video, and animated feature High In The Clouds, developed with Paul McCartney, being prepped for Netflix.