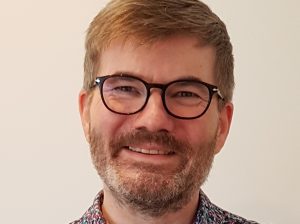 King Bert was founded in 2014, with executive producers Jo Sargent, Conor McCaughan and David Walliams serving as company directors. It has been behind such children’s programming as Malory Towers, Sandylands, Ratburger and Cinderella Ever After.

Waddington will take up the role in September and be responsible for overseeing and expanding King Bert’s children’s production slate. He will report to Sargent.

He takes over from Grainne McNamara, who is stepping down to take on a new consultancy role within the production sector. She will continue to work with King Bert in this new capacity.

Waddington comes with more than two decades of experience in children’s television, including a nine-year tenure as head of children’s at BBC Studios, where he oversaw a diverse slate including The Next Step and Bluey.

He also held the position of director of co-productions and international sales at Planet Nemo, as well as roles at Nickelodeon, Fox Kids and Disney.

“Jo and the team at King Bert are developing and producing some of the most exciting, diverse and original children’s content I’ve seen for a while,” said Waddington. “They are skilfully bringing their years of primetime comedy experience to the children’s genre and I’m incredibly excited to be joining them as their slate and reputation continues to grow.”