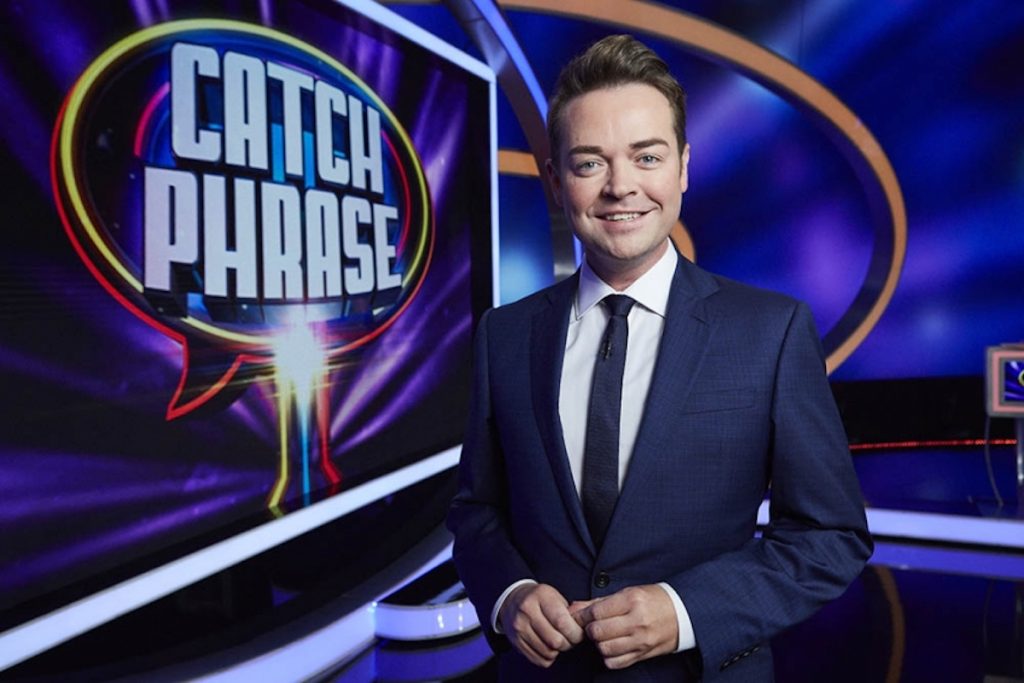 British broadcaster ITV has announced that its long-running gameshow Catchphrase will be the first entertainment series to resume filming once lockdown lifts.

The show will begin filming on 6 July, with STV Productions working on 10 episodes to air on ITV and STV in autumn.

STV Productions has put new protocols in place to ensure the safety of contributors and crew and make filming possible, including redesigning the set and the creation of ‘bubble’ groups with staggered start times. There will be no audience and crew will maintain social distance and have their temperature checked on a daily basis during filming, while the studio will likewise be cleaned and sanitised daily.

Host Stephen Mulhern said: “We were always due to start filming now so it’s great that we are in a position that we can do so. It feels so good to be back in the studio and it’s taken a huge amount of work from the crew and all at STV Productions who make the show and ITV who broadcast it to get us back up and running safely.”

ITV’s head of entertainment commissioning Katie Rawcliffe added: “Catchphrase is the first of ITV’s big entertainment shows to go back into the studio.

“All the teams have worked incredibly hard to get us back filming and the production team have protocols in place in line with government guidelines to make sure that we are doing this in as safe a way as possible for the crew, contributors and everyone involved.”

Other UK entertainment shows have reportedly begun returning to the studio, with Channel 5’s The Gadget Show shooting in recent weeks and established BBC series Have I Got News For You and The Graham Norton Show both expected to return to screens in the autumn.