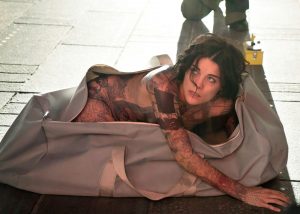 The eight-part series is being produced by Universal Television, a division of NBCUniversal Content Studios, with Blindspot collaborators Martin Gero and Brendan Gall taking on the project. Gero and his Quinn’s House production banner are currently under an overall deal with the network.

The single camera show will be an ensemble comedy about a group of friends trying to stay in touch through video chats as they share the highs and lows of lockdown.

Gero and Gall often collaborate, most recently on sci-fi thriller Flashback, which received a script commitment with penalty from NBC in the most recent development season.

With Connecting recorded entirely remotely, it is able to enter production while other series remain on pause. It joins Netflix anthology series Social Distance and Freeform’s Love In The Time Of Corona as new series that have adapted to lockdown by being developed remotely.

NBC has already demonstrated its scripted socially-distanced production chops, being one of the first to do so with its Parks And Recreation special in April.