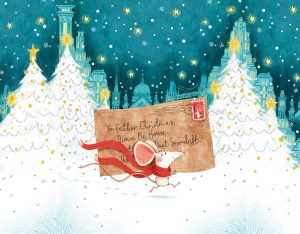 UK-based indie prodco Kelebek Media has optioned the rights to Alex T Smith’s children’s story How Winston Delivered Christmas with a view to developing into specials and a series.

Rob Minkoff (The Lion King, Stuart Little) has been brought on board as director and will also produce alongside Kelebek founder Deborah Thorpe.

Smith wrote and illustrated the original story about a mouse who sets out to deliver a forgotten letter to Santa Claus on Christmas Eve, making many new friends over the course of his adventure.

“I am so delighted to be working with Kelebek Media on bringing How Winston Delivered Christmas to the screen,” said Smith. “Winston and his kindness and bravery mean so much to me and I have been overwhelmed by the positive reaction to the book over the past few Christmases since it was published.”

Thorpe added: “We are so thrilled to have the opportunity to adapt and expand on this charming, beautifully illustrated story working alongside the incredibly talented Rob Minkoff with his globally impressive track record in leading projects which have created magic for generations of families.” 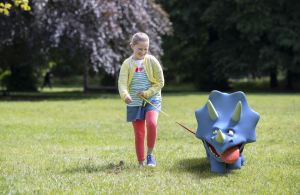 The BBC Children’s division has commissioned a further two seasons of Bumpybox’s preschool series My Petsaurus to air on channel CBeebies and streaming service BBC iPlayer.

Cardiff-based prodco Bumpybox will provide another 35 x 2-minute episodes, as well as two six-minute standalone specials of the mini sitcom about a young girl and her troublesome pet triceratops.

Sam Wright, the show’s executive producer and co-founder of Bumpybox, said: “Kids love dinosaurs and with its quirky stars, humour and gender-neutral appeal, My Petsaurus has attracted viewers worldwide. The CBeebies team have been supportive from the off and helped to make the show such a success, so we are delighted that they have commissioned these two new series.”

My Petsaurus is distributed by Jetpack Distribution, with global sales to date including South Korea, New Zealand, Norway, Netherlands, Denmark and the Emirates, as well as kids TV app Hopster. 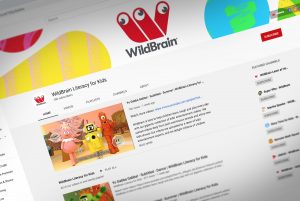 WildBrain Spark, the digital media division of kids and family entertainment company WildBrain has launched a dedicated channel of subtitled content for children on its YouTube network in support of the Turn on the Subtitles literacy campaign (TOTS).

The TOTS initiative was set up by Oli Barrett and Henry Warren and is  supported by over 30 government, business, charity and academic leaders. It “highlights the substantial benefits of same language subtitling,” which allows audiences to hear and read the same language, word for word, in perfect timing.

Jon Gisby, EVP and MD at WildBrain Spark, said: “We knew we wanted to support this valuable initiative from its inception and have now launched a dedicated 100% subtitled WildBrain Literacy for Kids channel. TOTS has a simple message backed by compelling research and the benefits are significant and important, as well as aligning completely with our values. With kids spending so much time at home viewing content, and parents seeking to support home-learning, this initiative is also incredibly timely.”