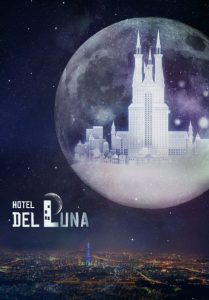 Skydance, which launched its TV division in 2013, is working with Korea’s CJ ENM and its subsidiary Studio Dragon to “reimagine” the IP for a global audience, with Alison Schapker (Altered Carbon) developing and producing as part of her overall deal with the US firm.

The deal is the first to emerge following Skydance’s recent partnership with CJENM.

Hotel Del Luna aired in 2019 on CJ’s Korean network tvN and was produced by Studio Dragon. It features an elite hotelier who becomes the manager of a mystical hotel that only caters to spirits at night and was directed by Oh Chung-hwan and Kim Jung-hyun.

“At its core, Hotel Del Luna is a spectacular visual fantasy grounded in a story about the importance of human connection, lost loves and unfinished business,” said Bill Bost, president of Skydance Television. “We are excited to be partnering with Alison and Studio Dragon to bring this timeless story to a global audience.”

Schapker will serve as executive producer of the series along with Miky Lee, Jinnie Choi, Hyun Park of CJ ENM/Studio Dragon and David Ellison, Dana Goldberg and Bost of Skydance Television.

The US firm’s TV slate includes Netflix’s longest running series Grace And Frankie, Condor, Tom Clancy’s Jack Ryan, Foundation and Jack Reacher. It promoted Bost earlier this year after Marcy Ross, who was president at the US producer’s television arm, revealed she would be stepping down in January.

Studio Dragon, meanwhile, recently set up LA-based subsidiary Studio Dragon International, which is focusing on developing and producing US shows based on its existing IP, as well as original stories. It is working with Netflix on Record Of Youth, which is being produced with Pan Entertainment stars one of the cast of 2019 Oscar-winning film Parasite.